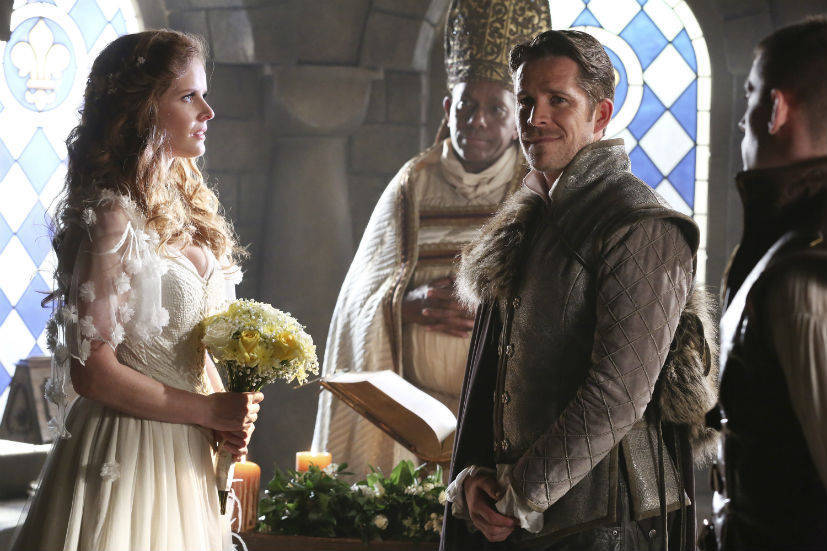 I finally catch up with the finale of the TV series “Once upon a time” season 4 after long days of studying for the exam. Two final episodes “Operation Mongoose” lived up to my expectation with a lot of interesting moments and surprising twists.

(Spoiler alert) Here are some of the impressive moments in my opinion.

The finale led the viewers to a whole new world in which Villains and Heroes changed their positions. This upside-down world created a lot of interesting characteristics. First and foremost was the most powerful villain, Rumpletilskin, who became a hero in the Orge War. He looked stunning in the shining armor and said a funny sentence, ‘This comes with no price” while in fact his catchphrase was ‘Magic always comes with a price, Deary’

The pen of the author is a powerful object that can create people’s destiny, but it cannot resurrect dead people. Therefore, Rumple wanted the Author to re-write a story in which his son saw him as a Hero. Rumple also had a happy life with Bella and a baby. Bella was very considerate to Rumple.

Zelena, the wicked Witch of the West in Oz, also got a happy ending when she got married to Robin Hood. She looked very happy and arrogant.

The funniest moment was when Snow and Regina changed their roles. Snow White became the Evil Queen while Regina became Snow. Snow White played the role as the Evil Queen quite well with the impressive eye expressions. She even threw a magical fireball to Regina.

Prince Charming became Snow’s servant. Snow loved his twin, James, but he died because of Regina. Snow was so angry that she ripped out Prince Charming’s heart and made him her slave. The funny moment was the dialogue between Prince Charming and Snow White. 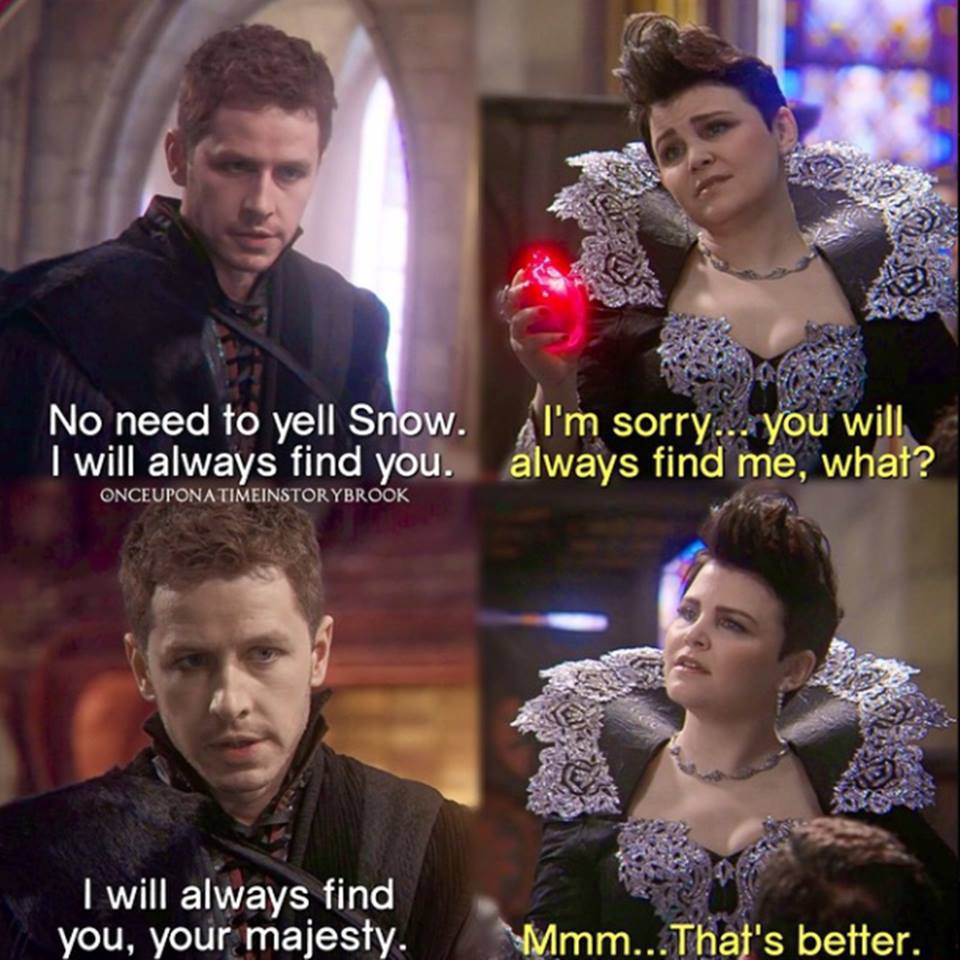 The roundtable where Snow White, Granny (in ‘Red Riding Hood) and creepy dwarfs created intense suspense too. Snow even ripped out one dwarf’s heart. 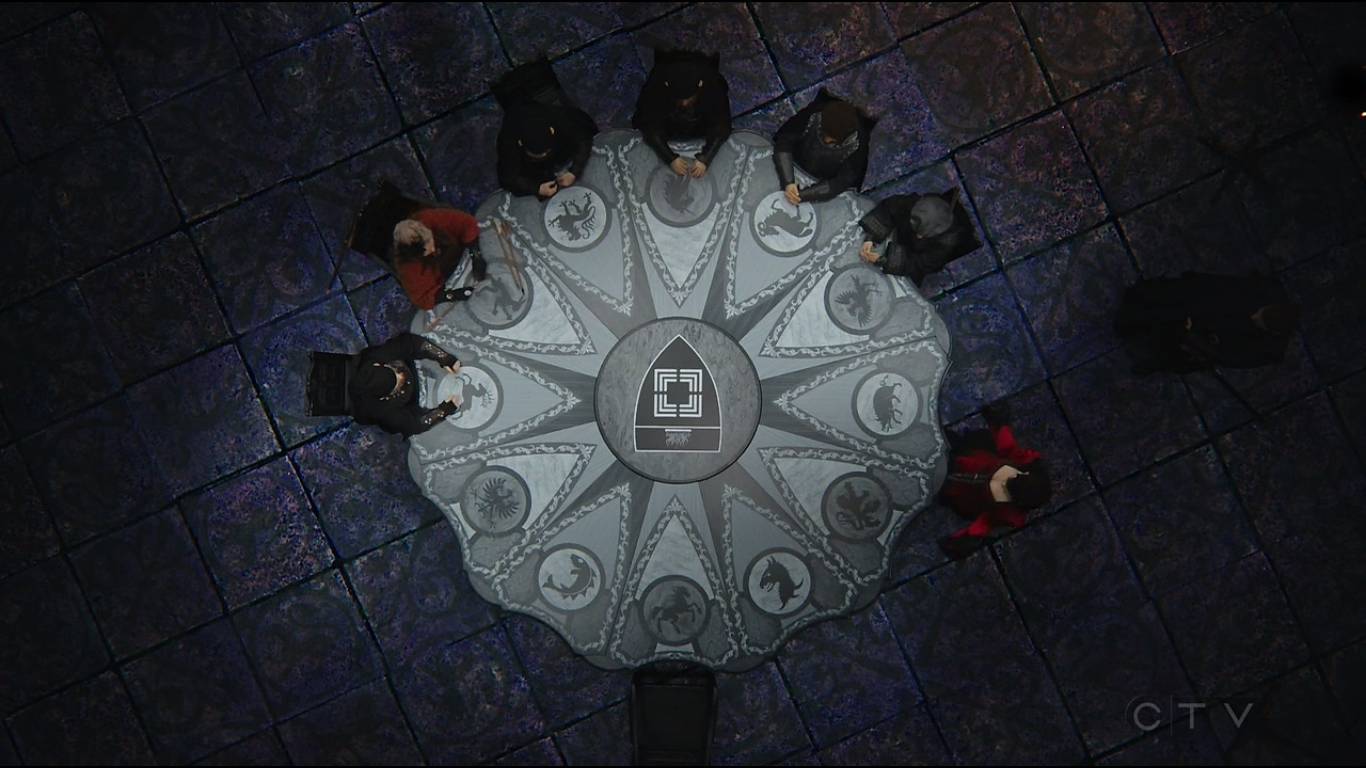 That was such a lovely and surprising moment when Robin Hood saved Regina from Snow White. The scene of Robing riding horse while Regina hugged him from behind was very romantic. At the bar, Regina and Robin exchanged their passionate eyes and sweet words “Have you ever met someone that you would change your entire world for? Someone whose eyes you just knew you were born to gaze into” 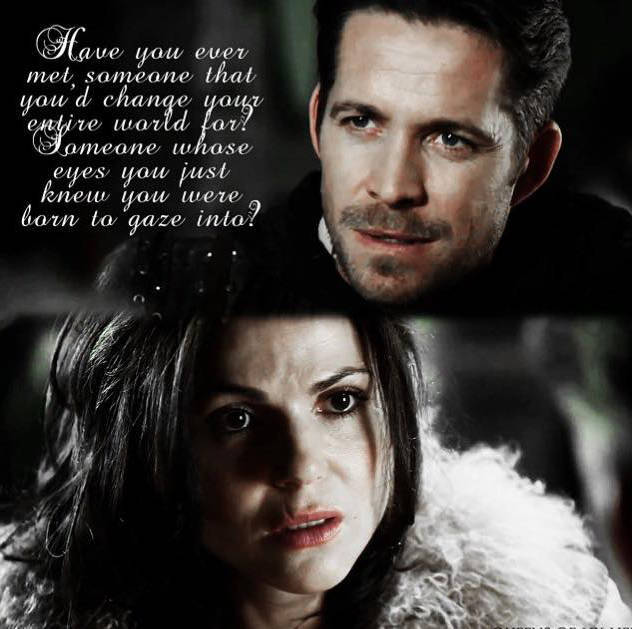 4)Romantic and funny moment of Emma and Hook.

In this new world, Hook was just a weak pirate under the influence of Black Beard. Luckily, Henry appeared and encouraged him to become stronger. They had a journey to a distant island where Emma was captured in the tower guarded by a dragon, Lily. Emma with wild hair, dark eyes and scary scream looked like a creepy version of Rapunzel. Luckily, Hook and Henry rescued Emma.

There was a funny moment on the ship when Hook (who used to love Rum) turned out to be allergic to Rum and always drank goat’s milk. 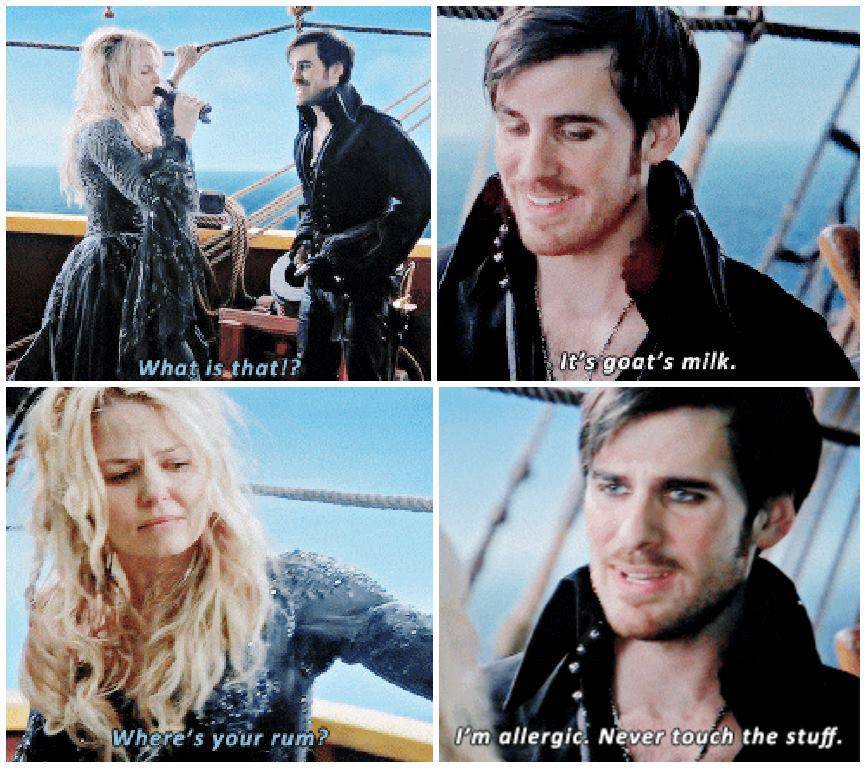 Then Emma instructed Hook how to use the sword. They exchanged lovely and romantic expressions to each other.

It was a touching and shocking moment when Hook died in front of Emma’s eyes. Emma was devastated because she could not tell him what she really felt. Emma said touching words when persuading Regina to go after Robin so that she would not make the same mistake as Emma did.

“I just watched the man I love die. The worst part is that I never told him I loved him. Not once. I was too scared, too scared that somehow saying it would make it real and change everything. But now I’ll never have a chance to take that next step with him because he’s gone. My only chance with him is if you don’t make the same mistake I do.” 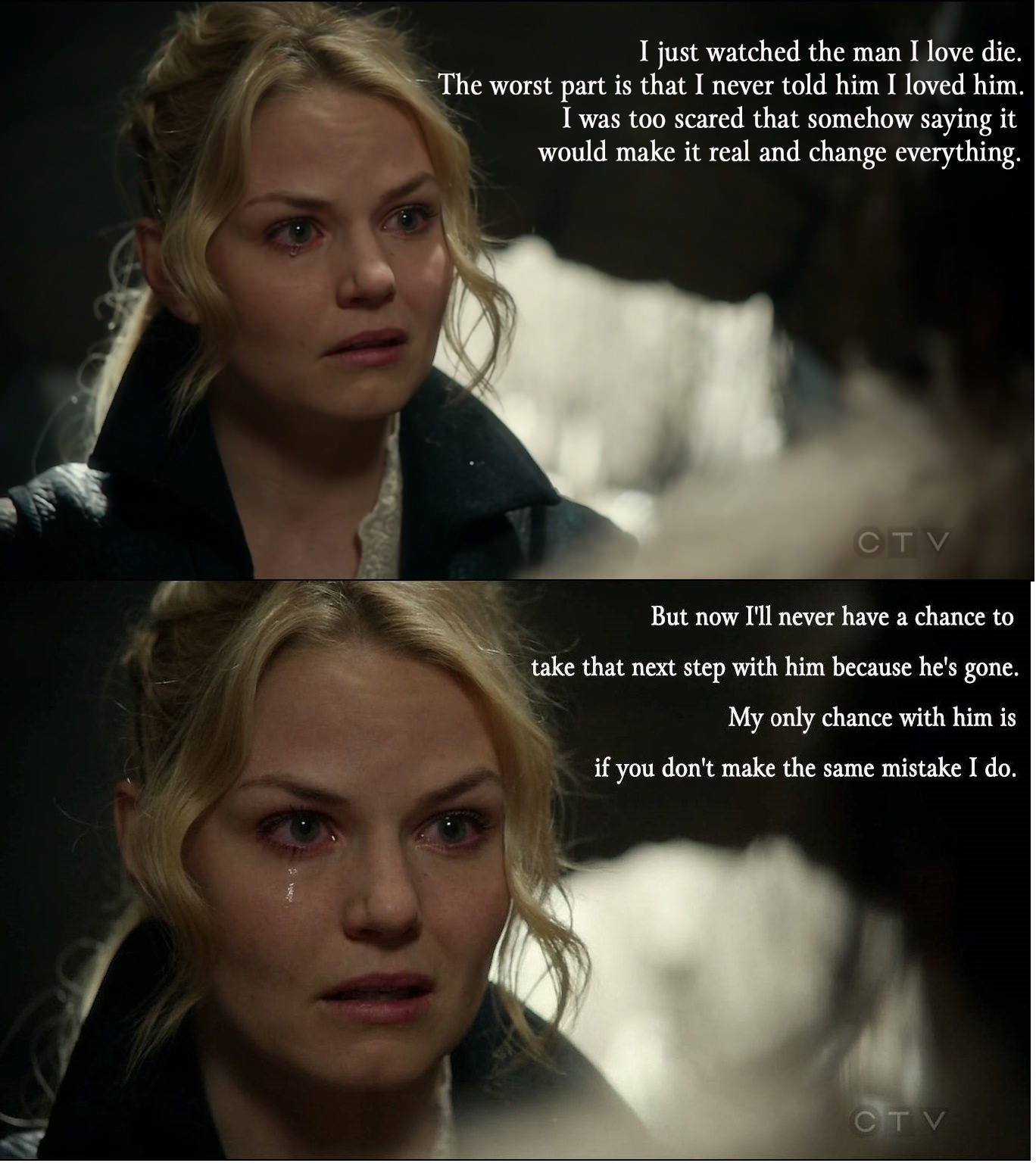 Being touched by Emma words, Regina decided to stop the wedding and pulled a “Speak Now” moment when standing at the door. Regina with the desperate eyes gazed at Robin Hood. This scene reminded me of the song ‘Speak Now’ by Taylor Swift.

Surprisingly, finally Regina chose to protect Henry instead of stopping the wedding. She even nearly died because of Rumple’s sword. Regina’s mother hood was admirable and touching.

In the new world, the villain thought they got happy endings, but finally they soon returned to their old characteristics. Rumple became dark when he tried to stop Regina, Emma and Henry. Zelena became green again due to being jealous of Regina. 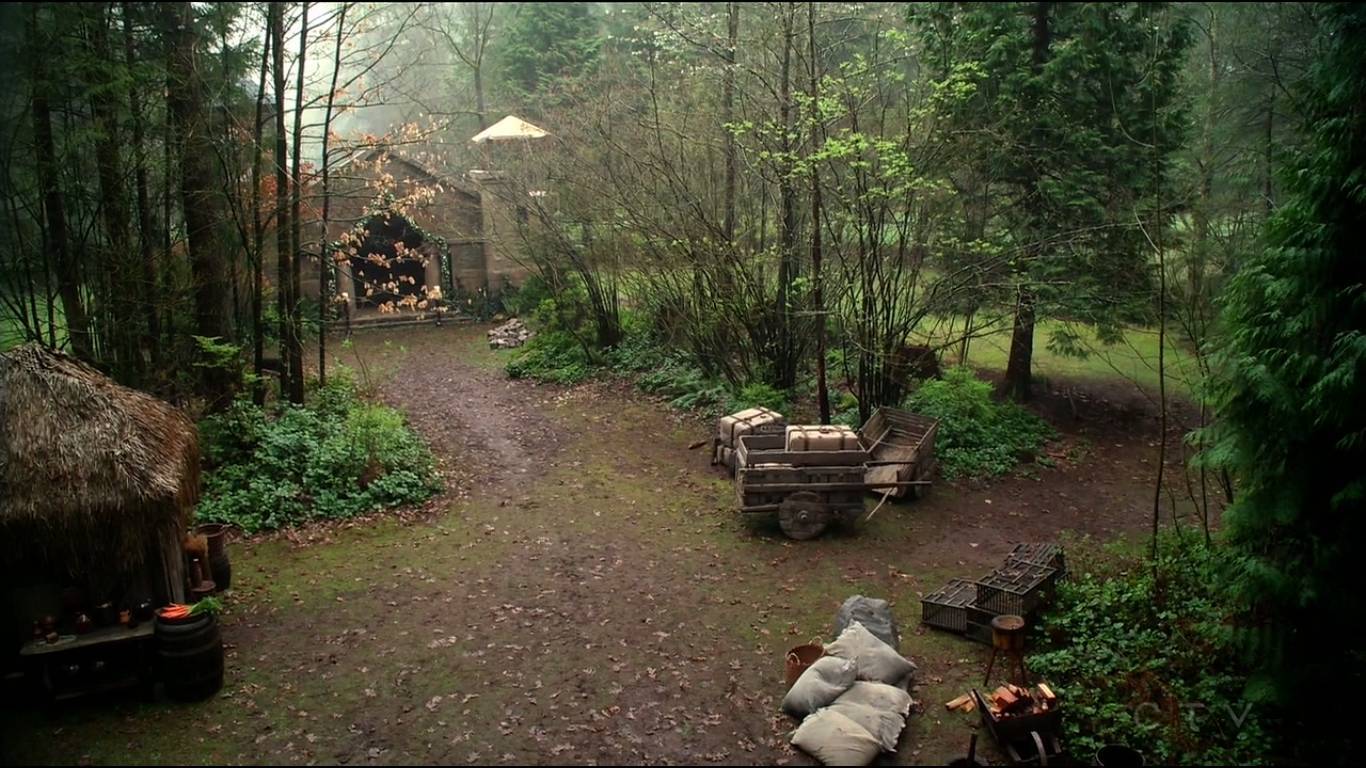 In this episode, we finally know how Issac became the Author. In Once upon a time, the magic pen chooses Issac to be the next Author while in Harry Potter world, the magic wand chooses the wizard. At the end of the episode, the magic pen chose Henry to be the next author, which helped everybody get out of the upside-down world written by Issac. Not being tempted by the powerful magic pen, Henry decided to bend the pen in half. It made me recall the moment when Harry Potter bent the powerful Elder Wand.

The finale ended with the scene of Emma becoming the new Dark One. Emma wanted Regina to have a happy ending, so she sacrificed herself. Emma finally told Hook that she loved him very much in time. The new mission for StoryBrooke People was to find Merlin to help Emma. The next season of Once upon a time this Autumn must be very interesting. 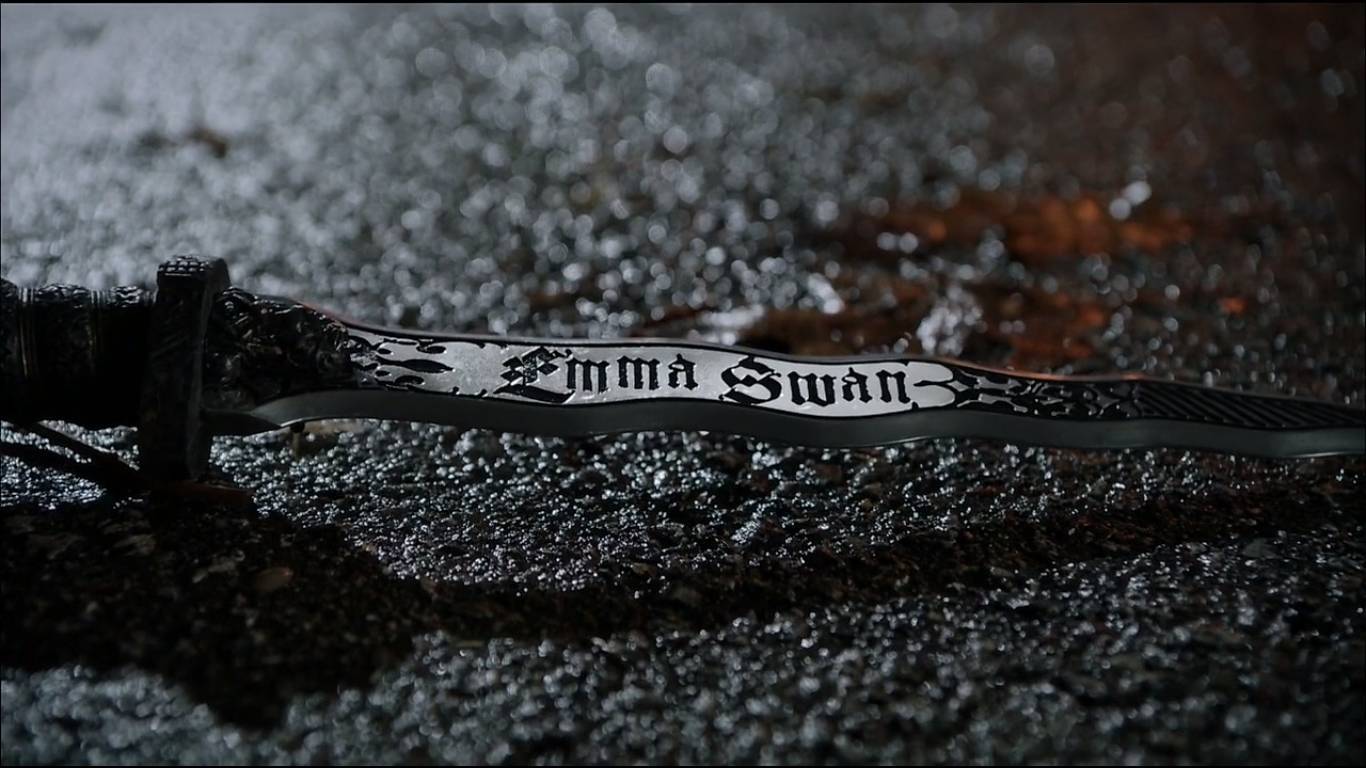 Note: Images are cut from the film