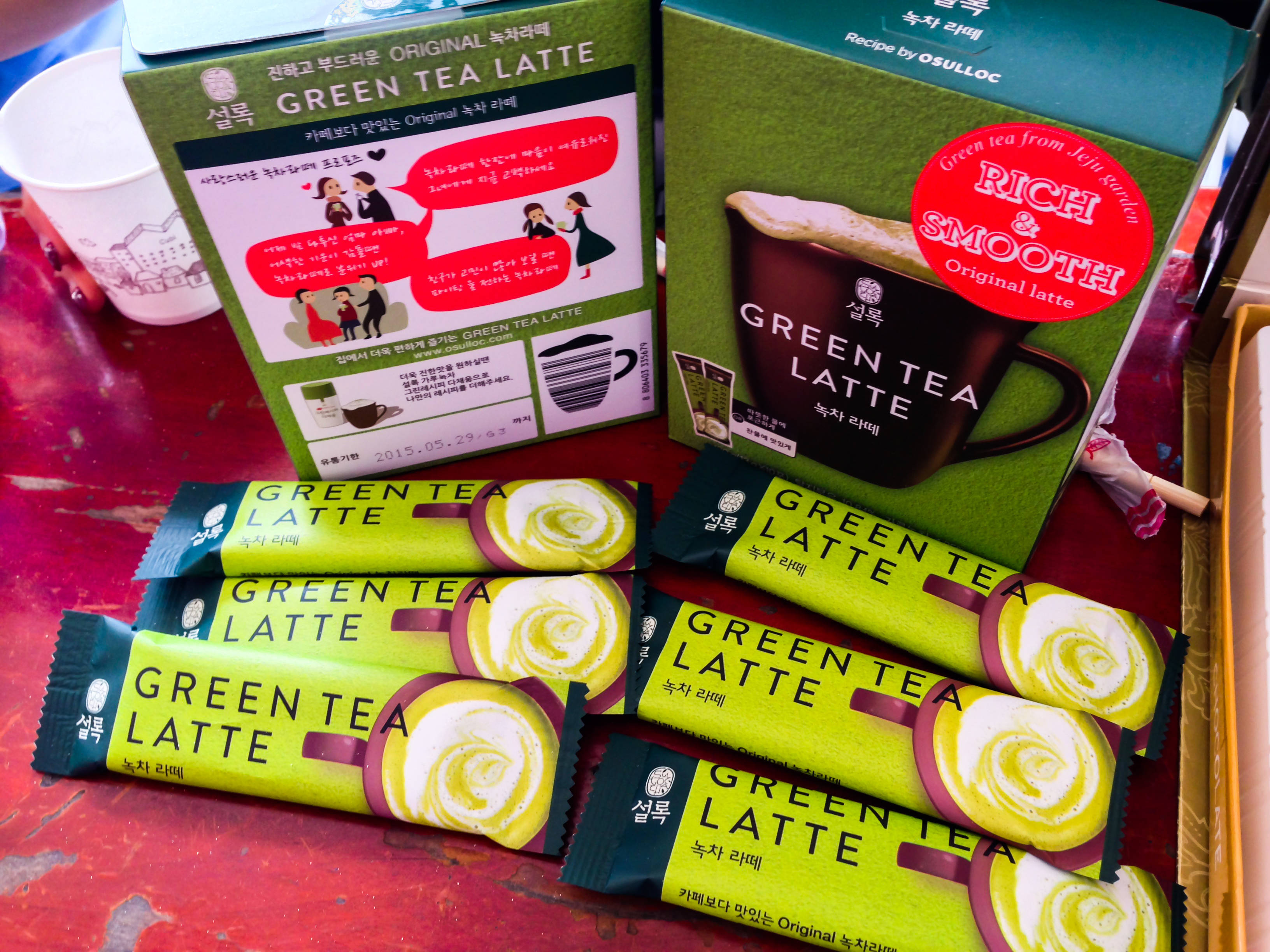 The idea of starting a day with the aroma of fresh green tea latte makes me feel so energetic and peaceful. In the morning, the Korean friends introduced the green tea latte from the Jeju garden. It was just an instant latte, but the scent of green tea tasted so deep and fresh. 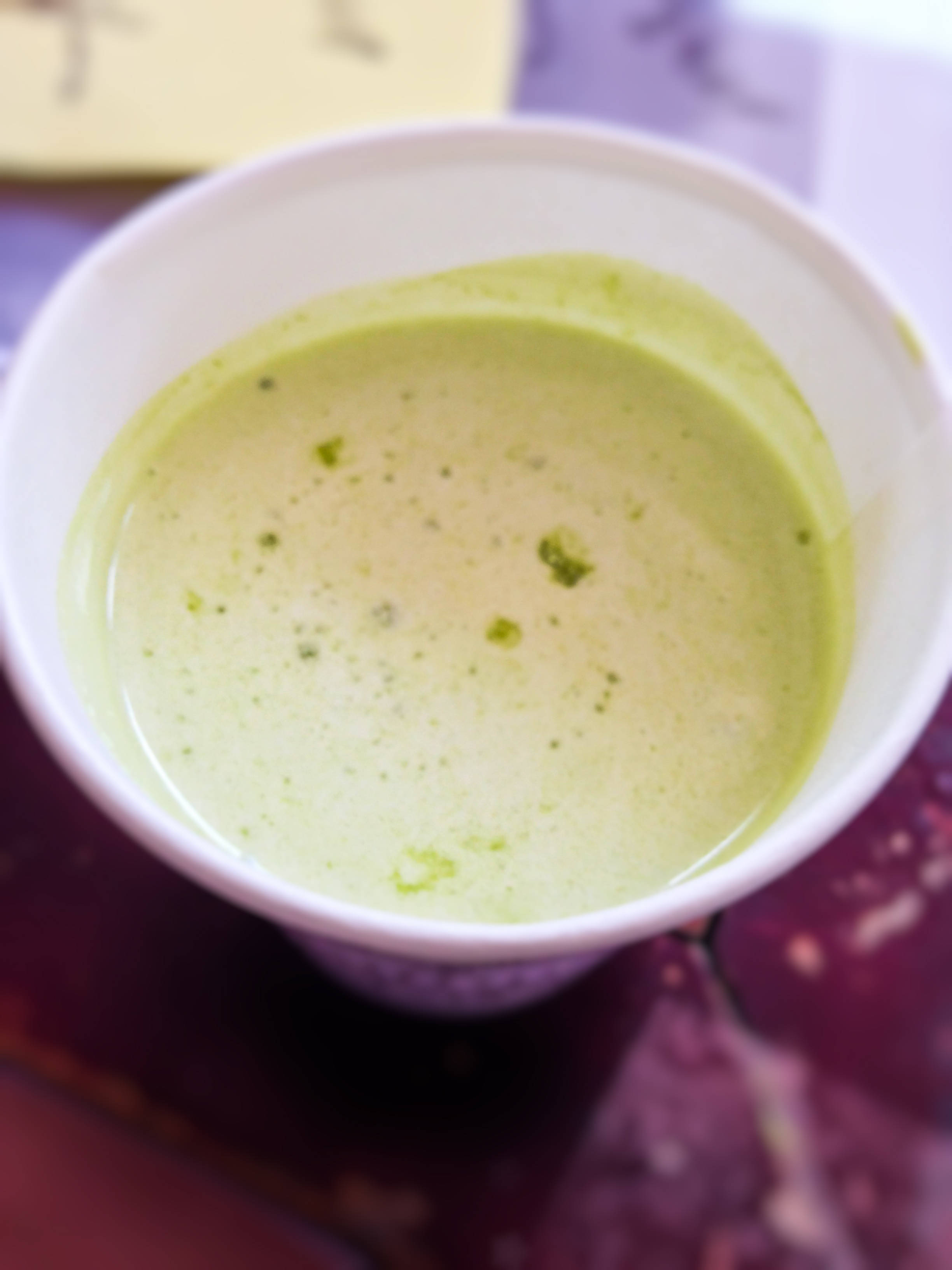 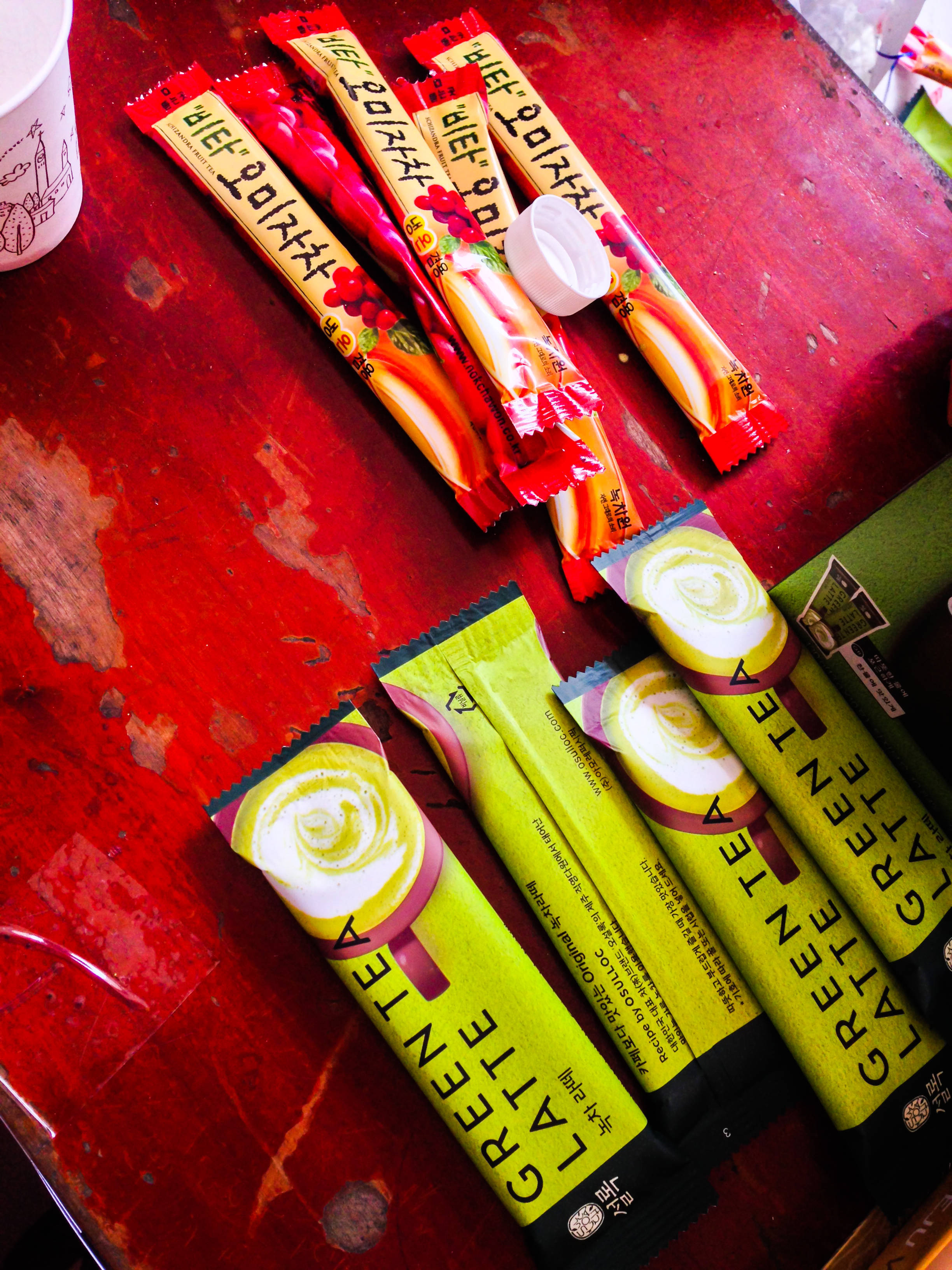 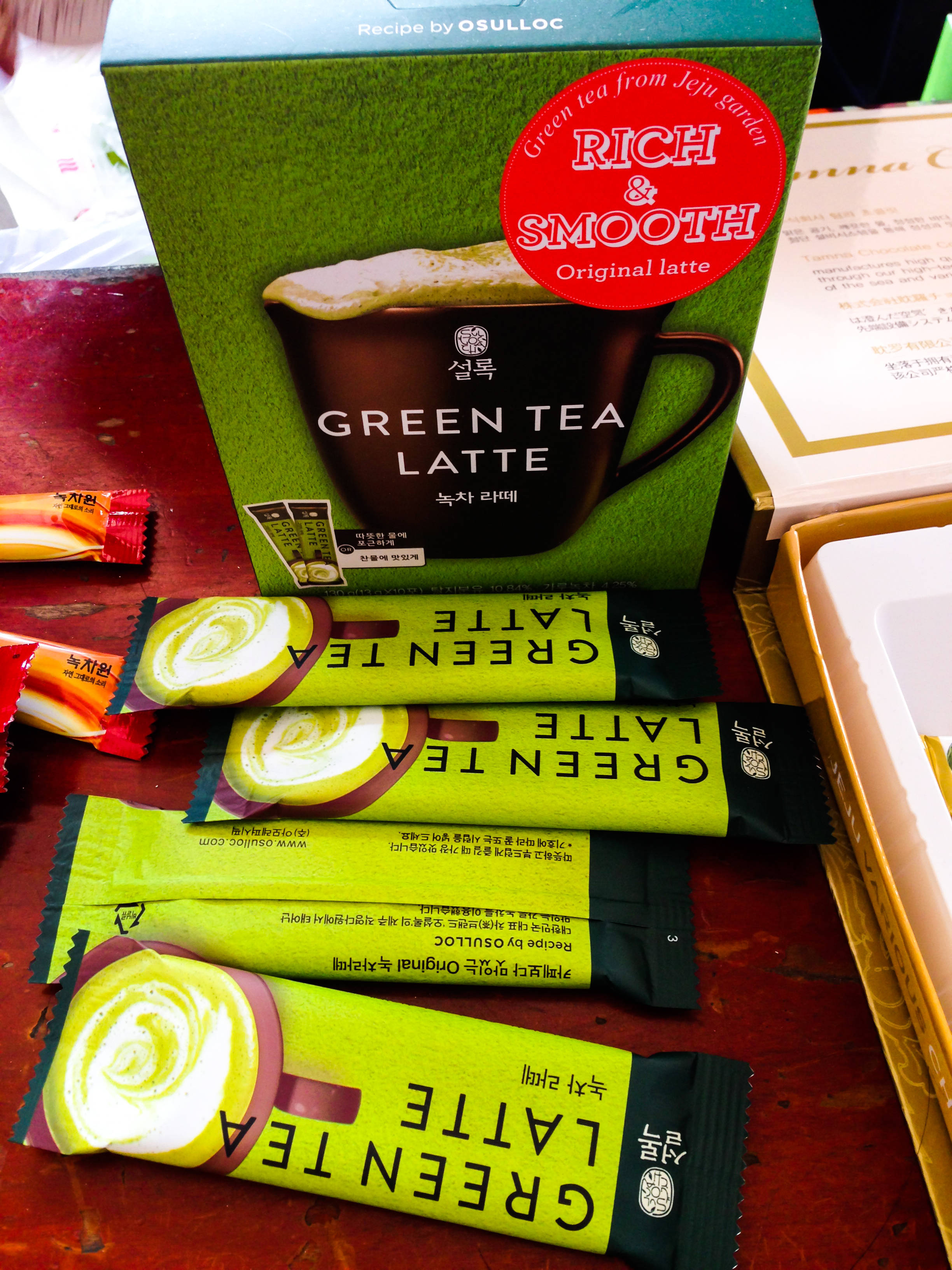 I love sipping each teaspoon of green tea latte and nibbling some sweets. The Korean friends introduced the Tamla chocolates with fruit flavours from Jeju garden. There were cute boxes with many chocolate flavours such as orange chocolate or grape chocolate. 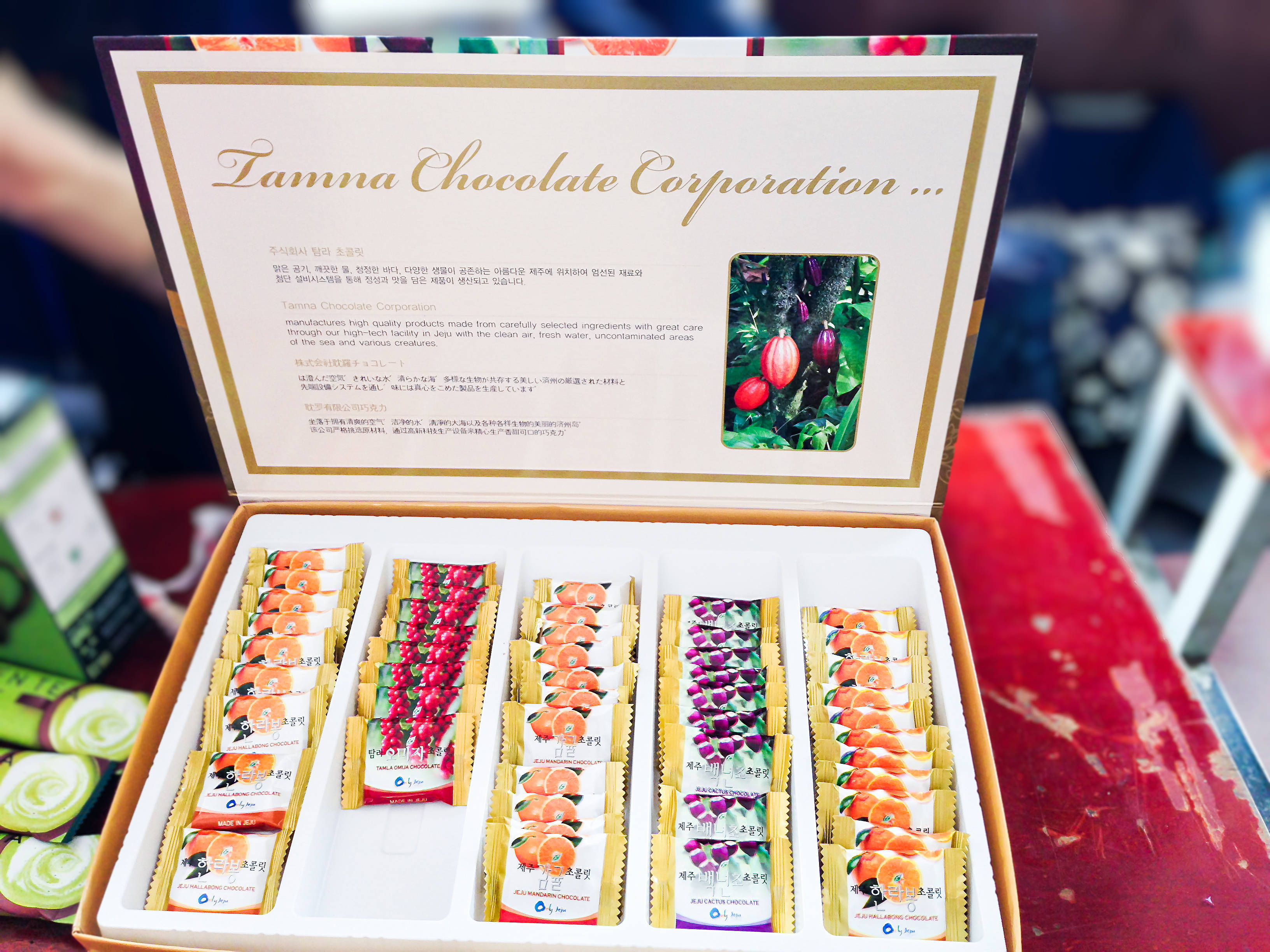 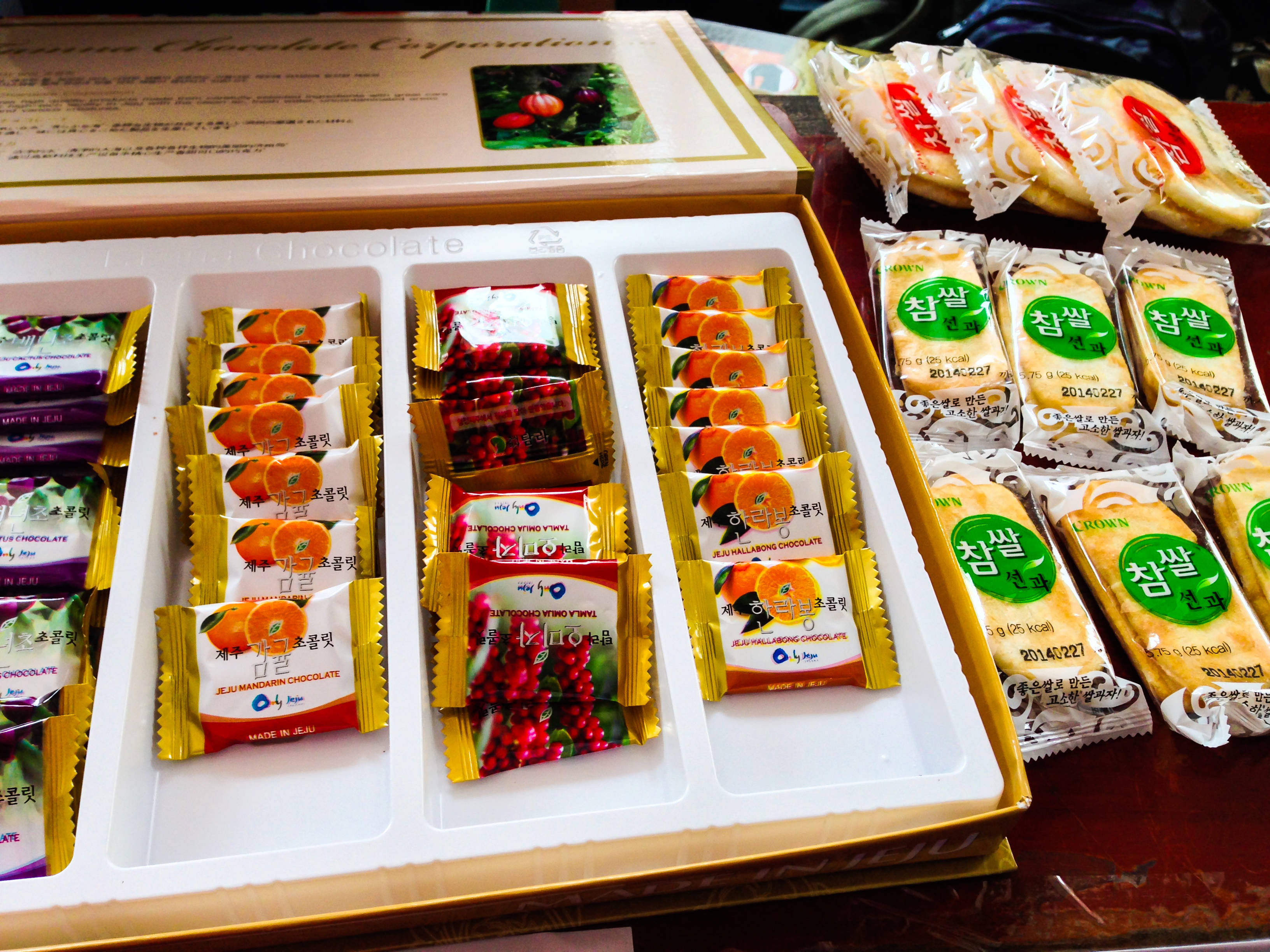 We also had a chance to enjoy a lot of Korean snacks. Some were sticky while some were crunchy, but they were very fun to chew and enjoy. 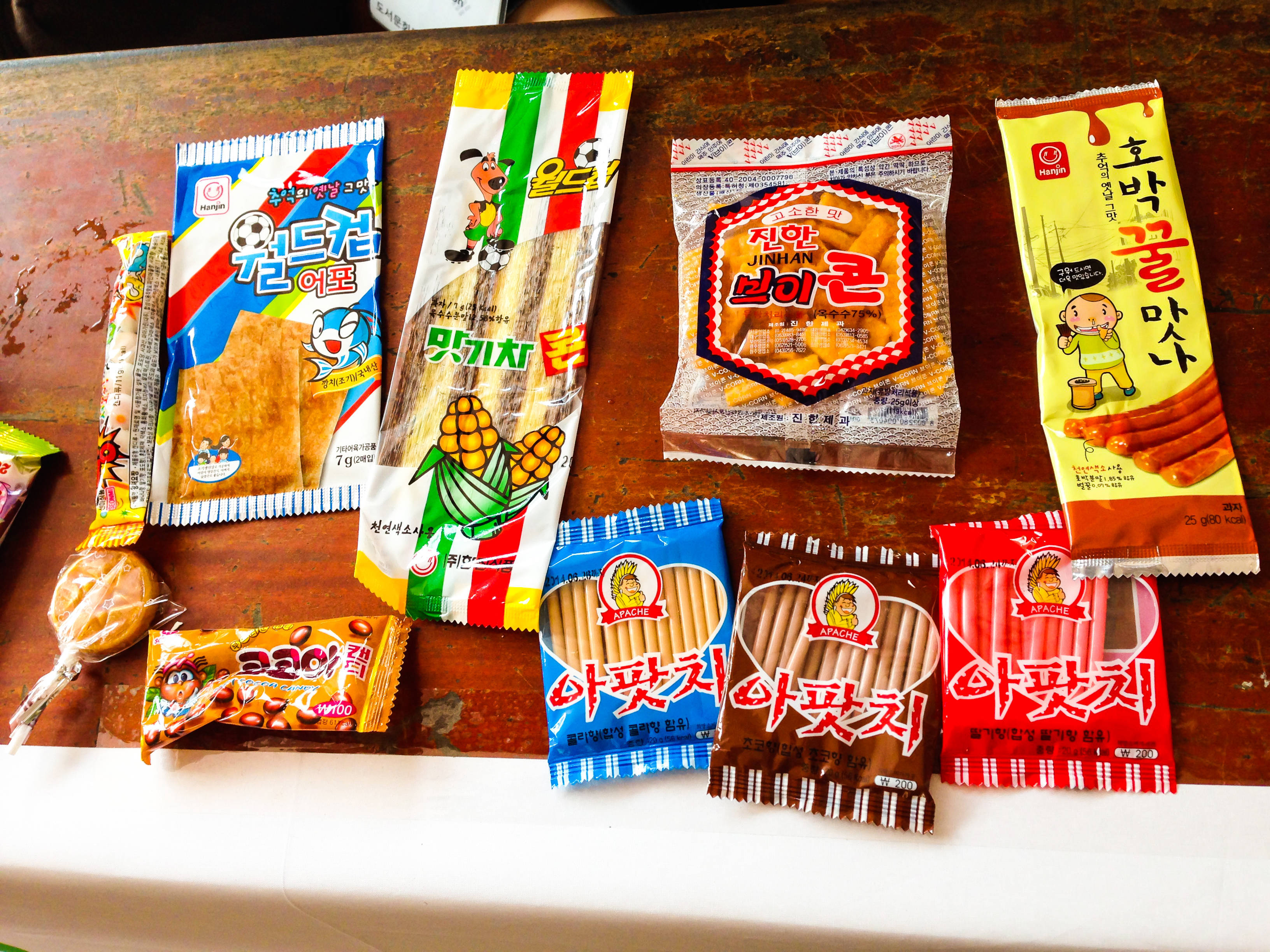 In other booths, we played the Korean traditional game called Tuho (투호). We had to throw the sticks into the canisters from a certain distance. I only managed to throw 2 sticks. 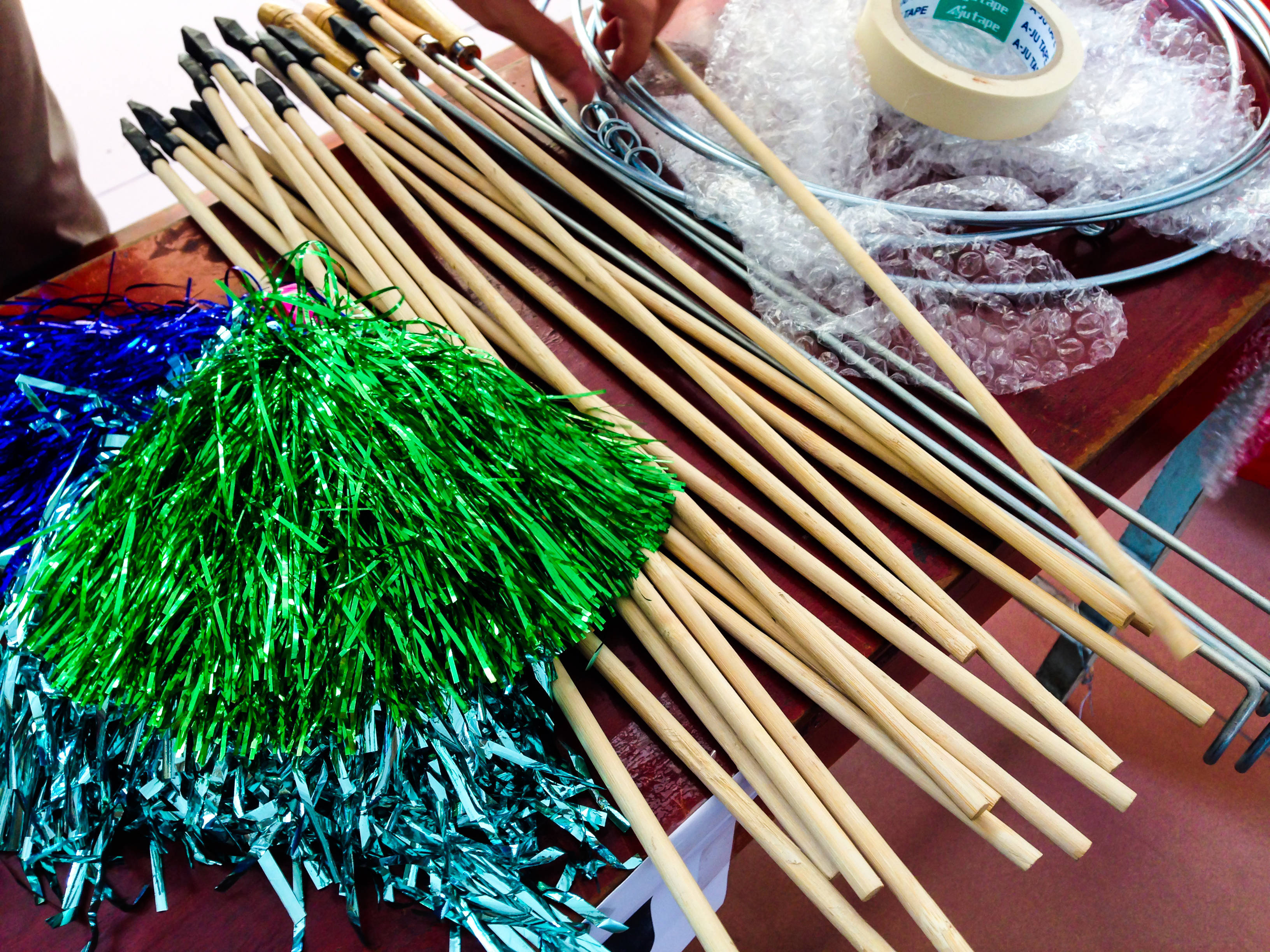 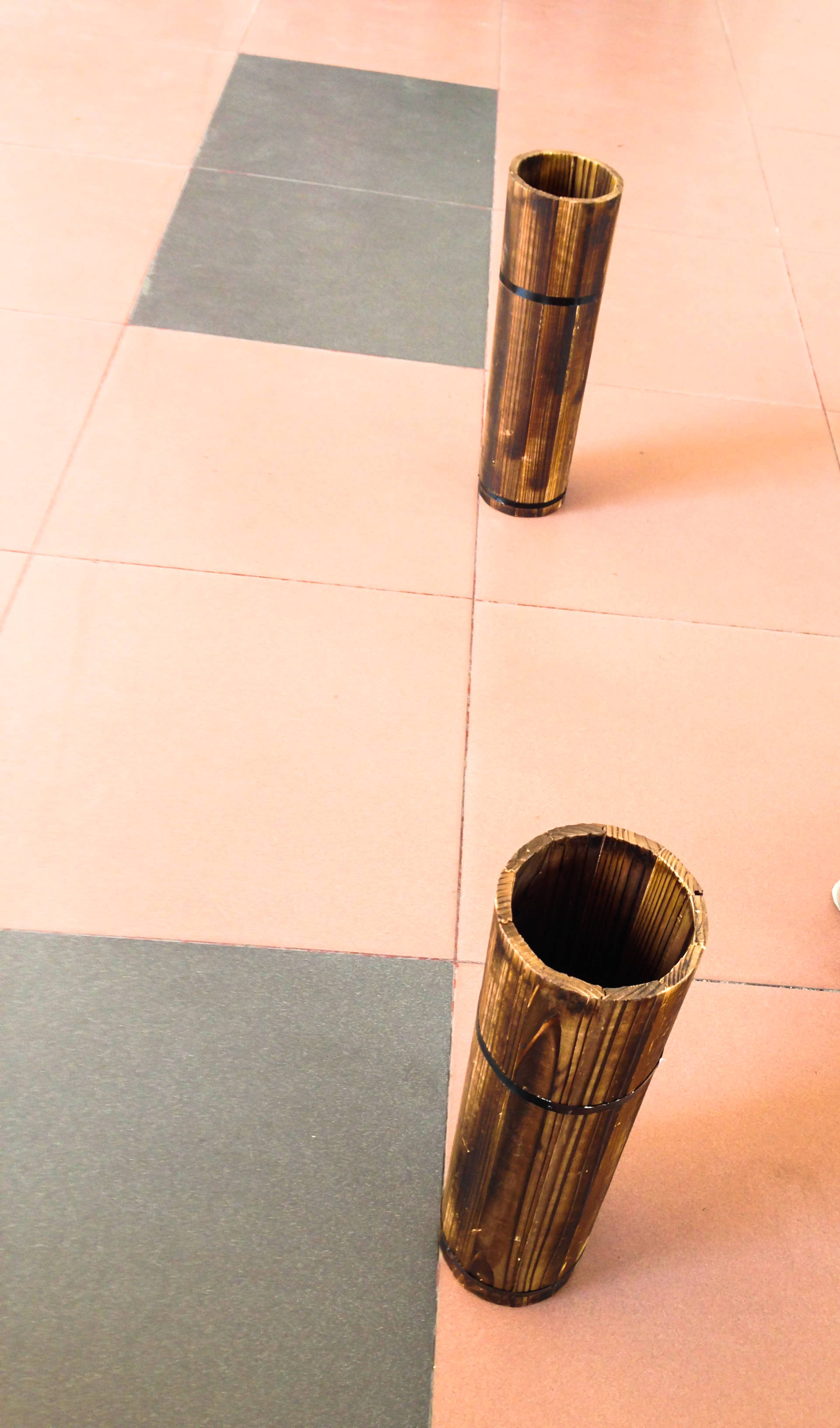 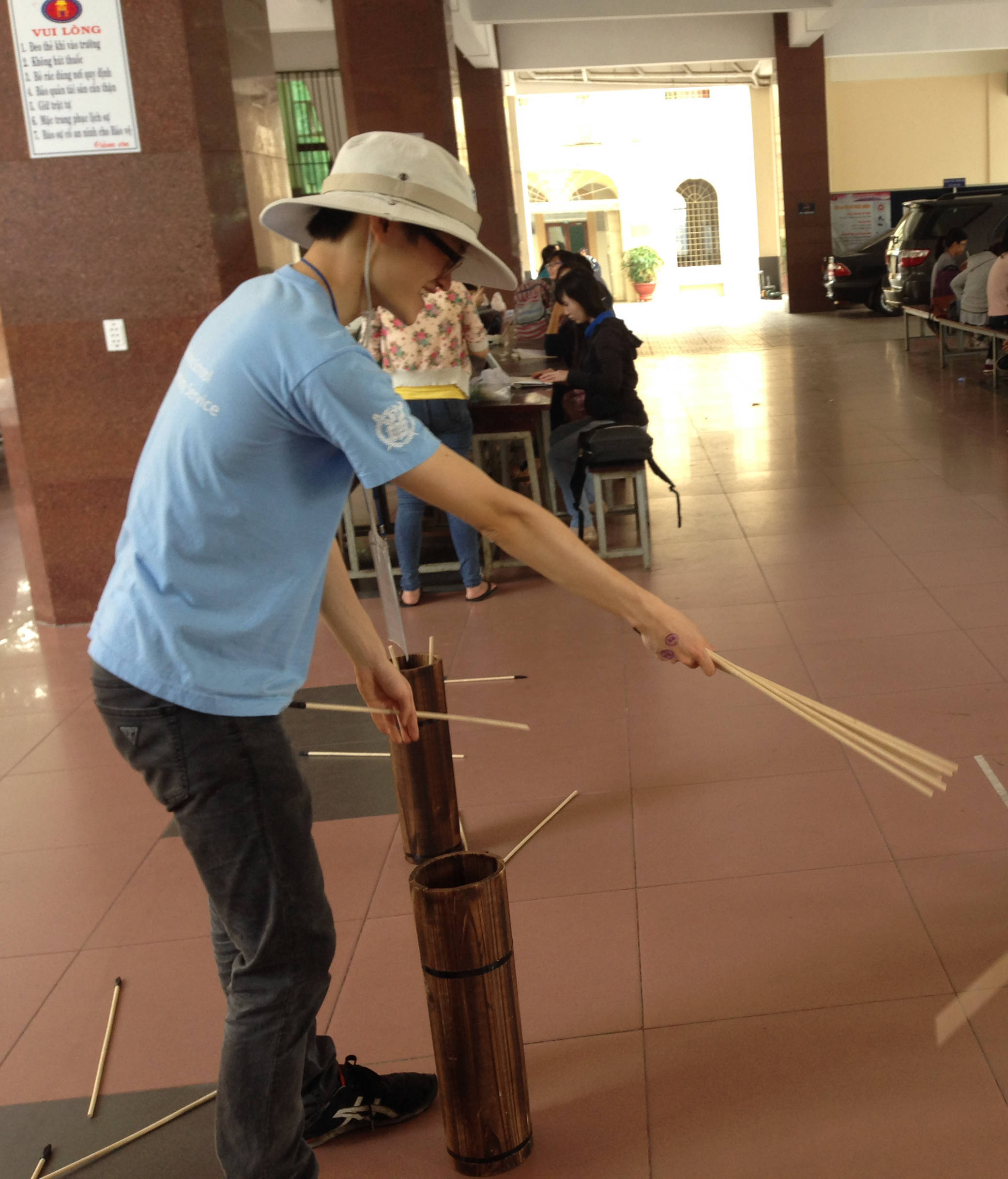 There was a booth where we could practice writing the Korean calligraphy. There were many good Korean quotes and Korean friends instructed us how to write them in Korean. 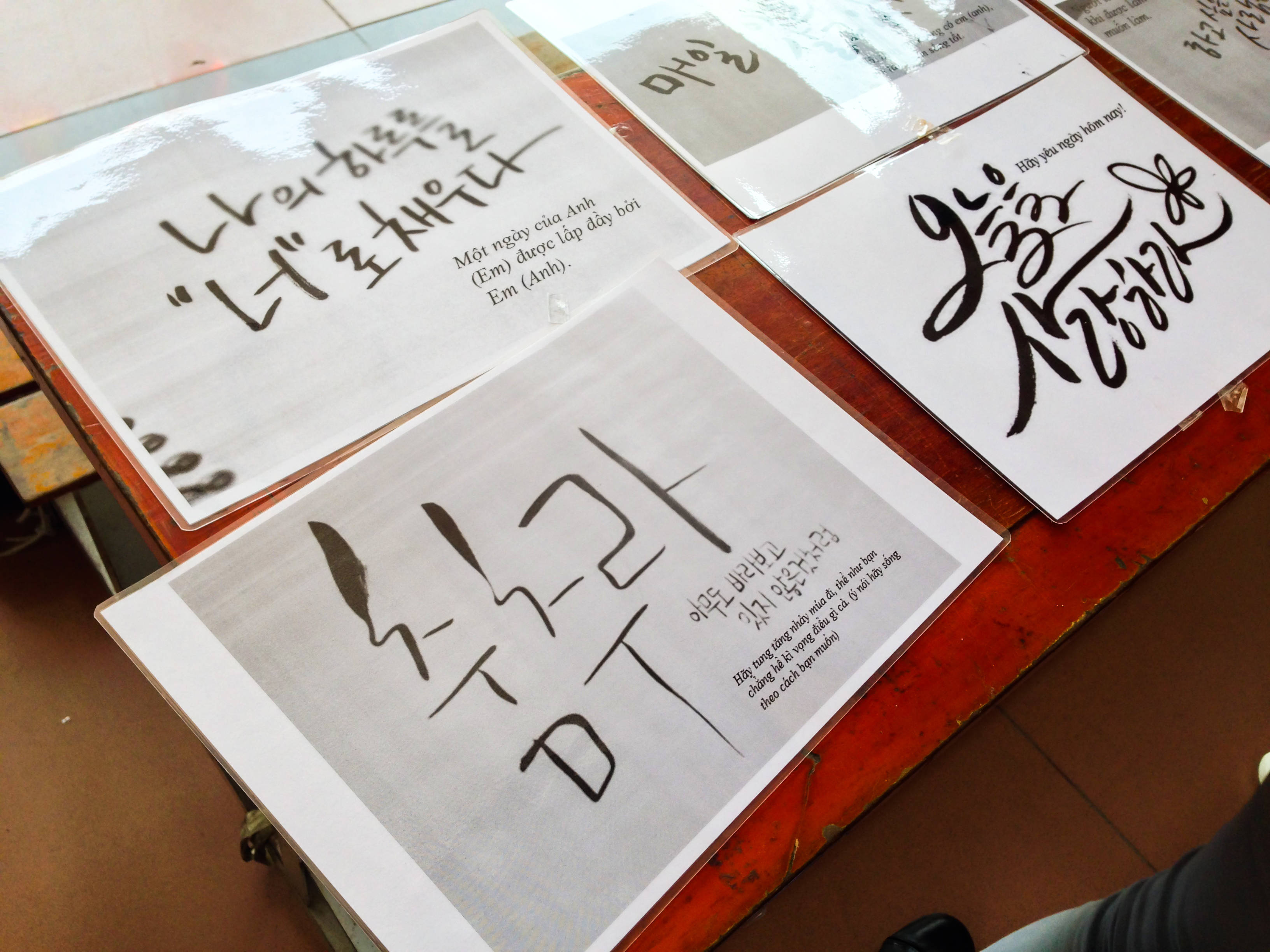 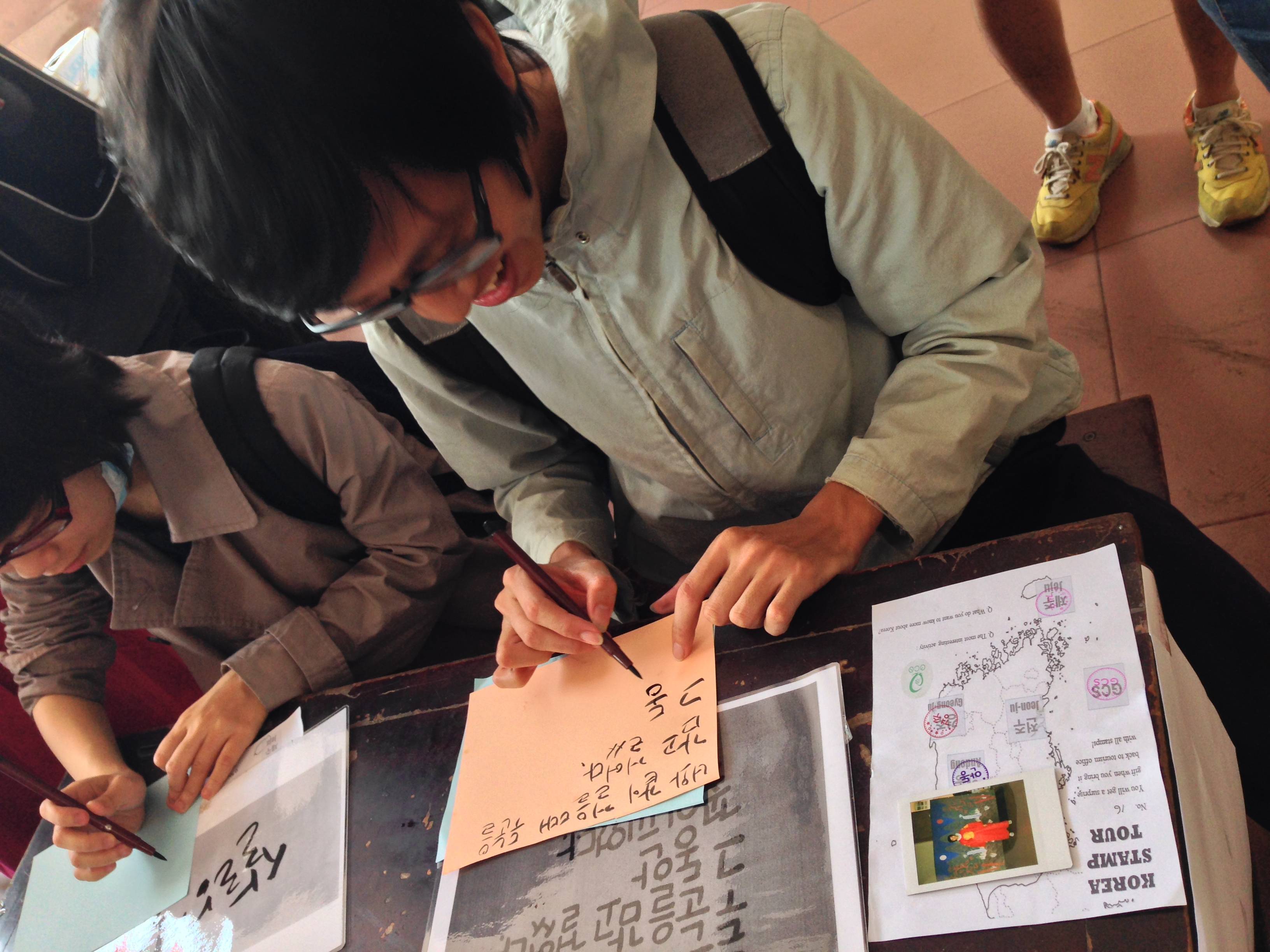