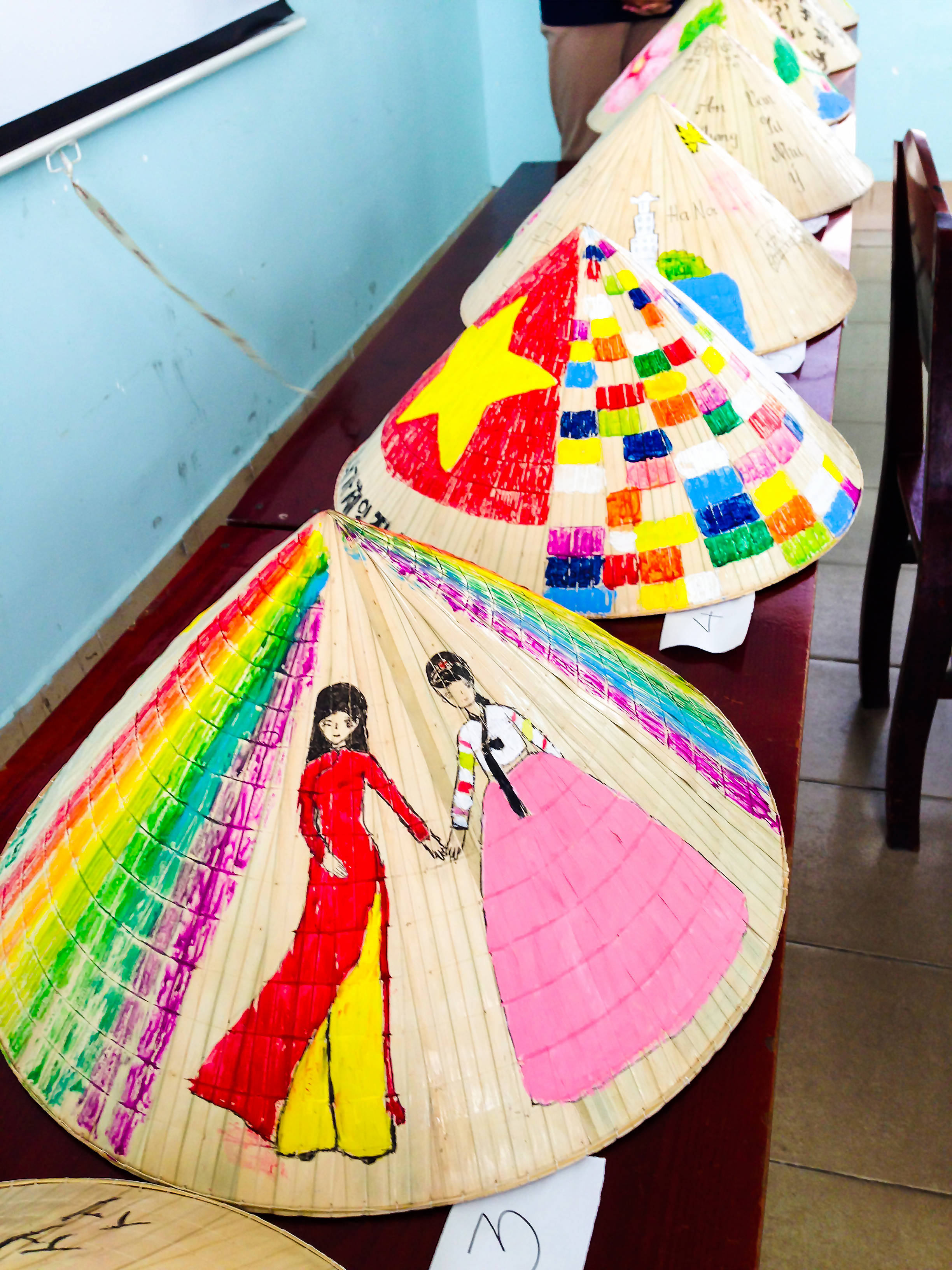 On the third day of the Korean exchange program, the main theme was traditional craft. In the morning, we decorated Vietnamese traditional hats called Non La. First of all, we introduced Non La in Korean. I learned a lot of useful Korean expressions to describe Non La. Non La is a conical leaf hat and often put on with Ao Dai. 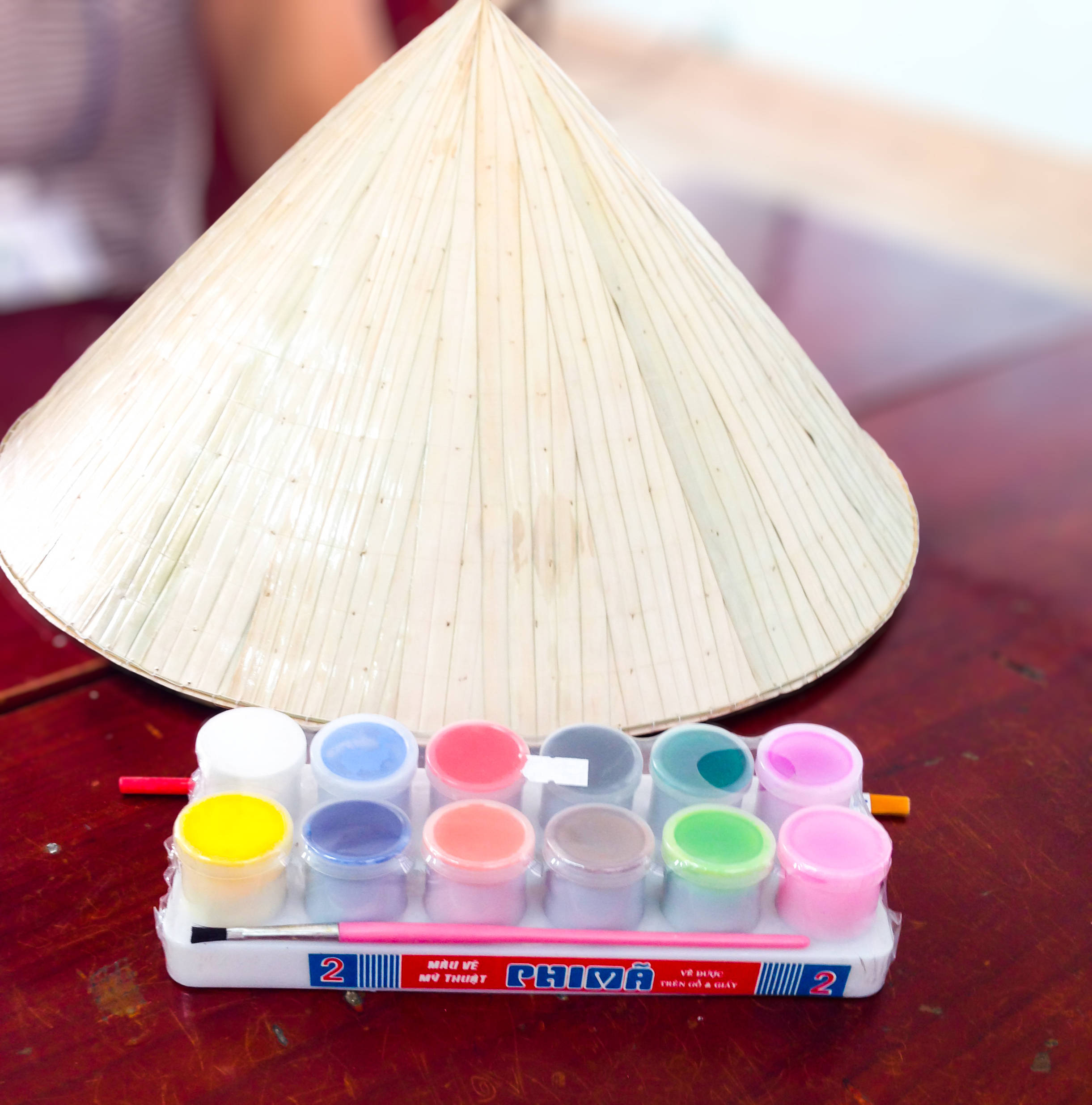 There is a special type of Non La called “Non la bai tho” (Poetic leaf hat). The poetic  leaf hat originated in Hue, the ancient cultural capital of Vietnam. The dyed drawings or poems are decorated on Non La to make the Non La more elegant and poetic. 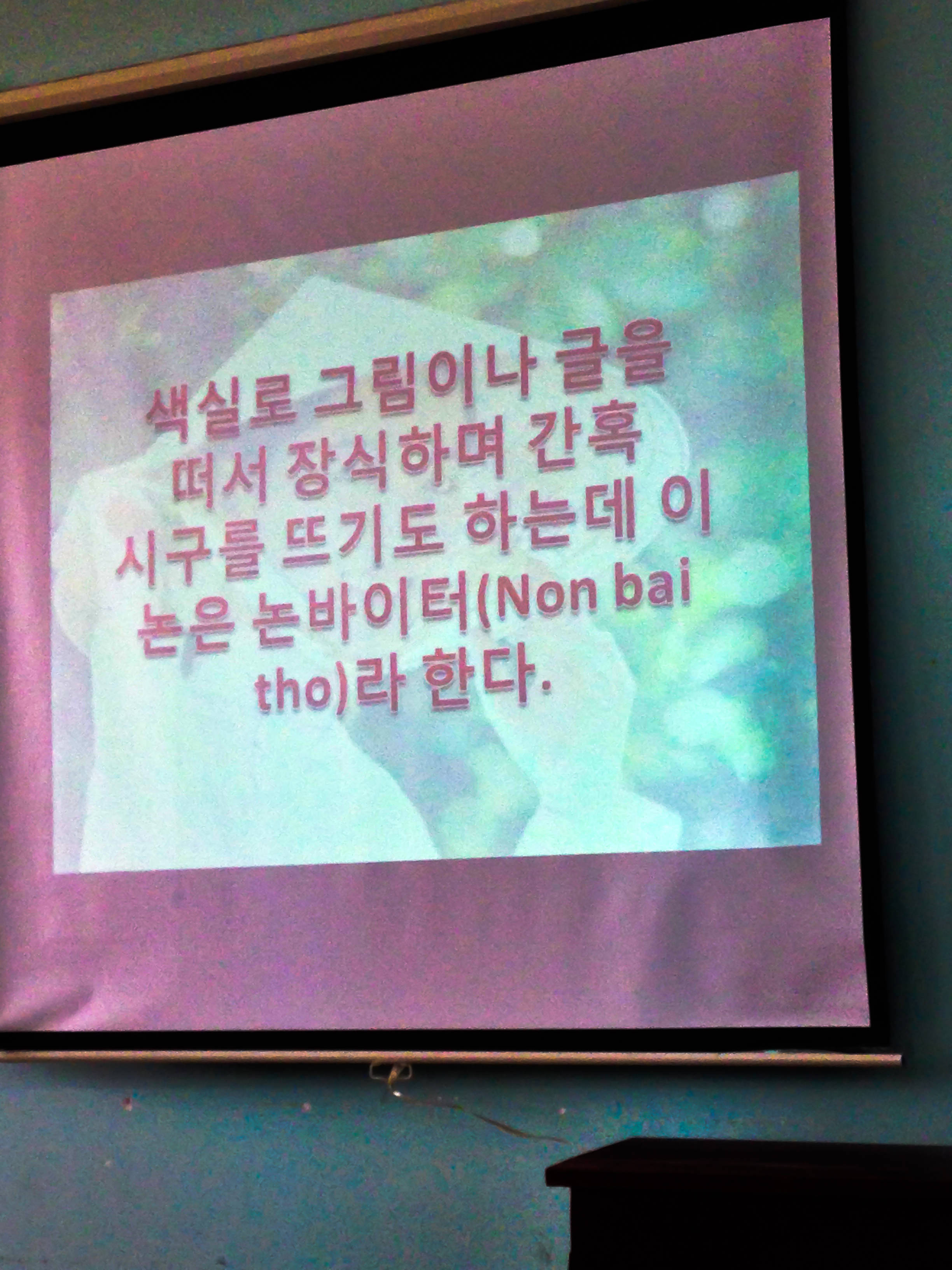 The image of Non La is associated with the peasants who work in the paddy fields. Vietnam is a tropical country with rainy and dry seasons, so Non La can protect the peasants from rains and sunlight. The main material of Non La is the dry palm leaf which can be easily found in the countryside. After drying the palm leaves in the sun, the craftsmen used a baked steel bar to flatten the dried leaves. 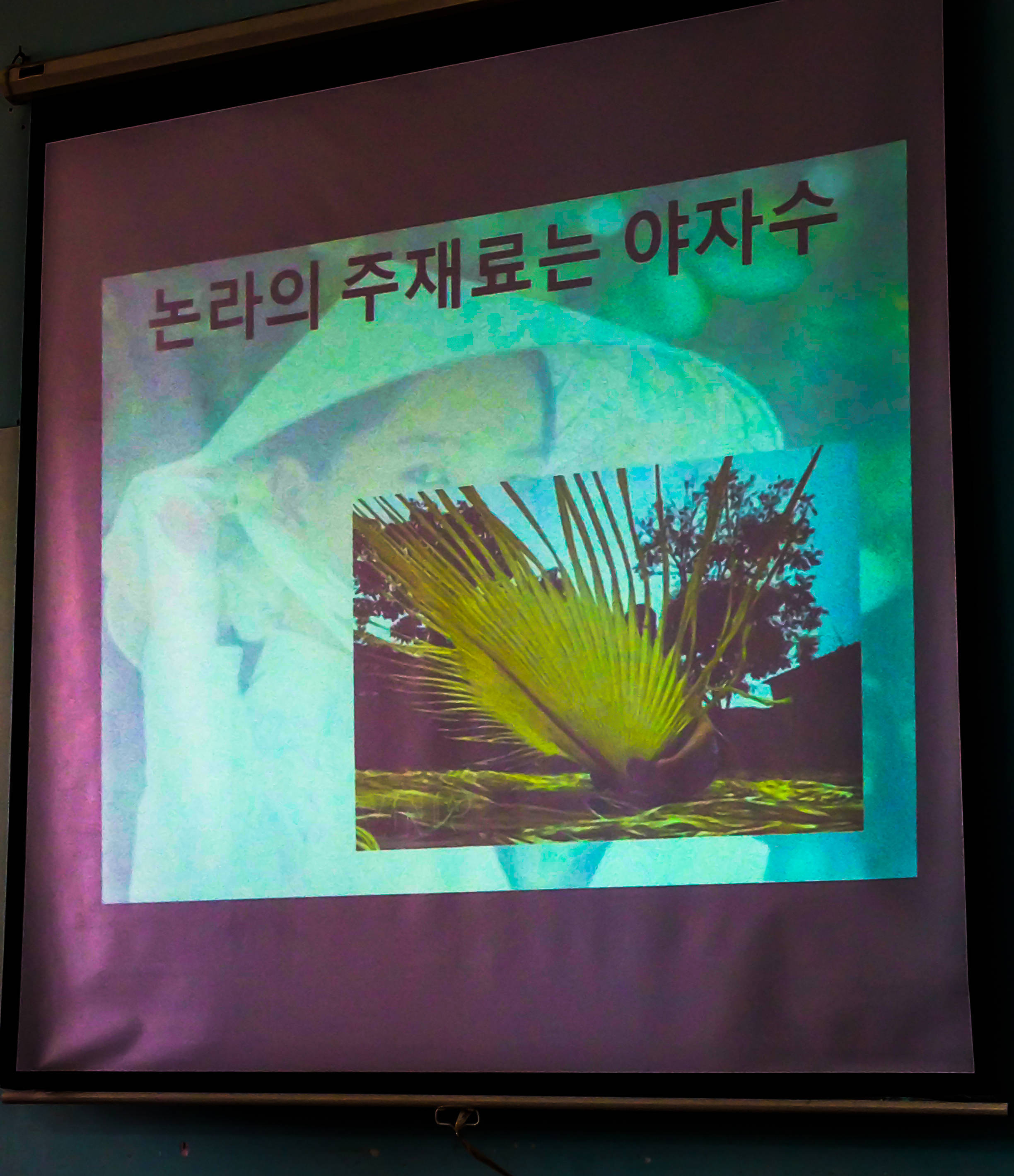 The craftsmen used the bamboo rims to create the firmness for the hat. This process is called Cham Non. Then, the dried palm leaves are sewn on a conical frame consisting of bamboo rims. 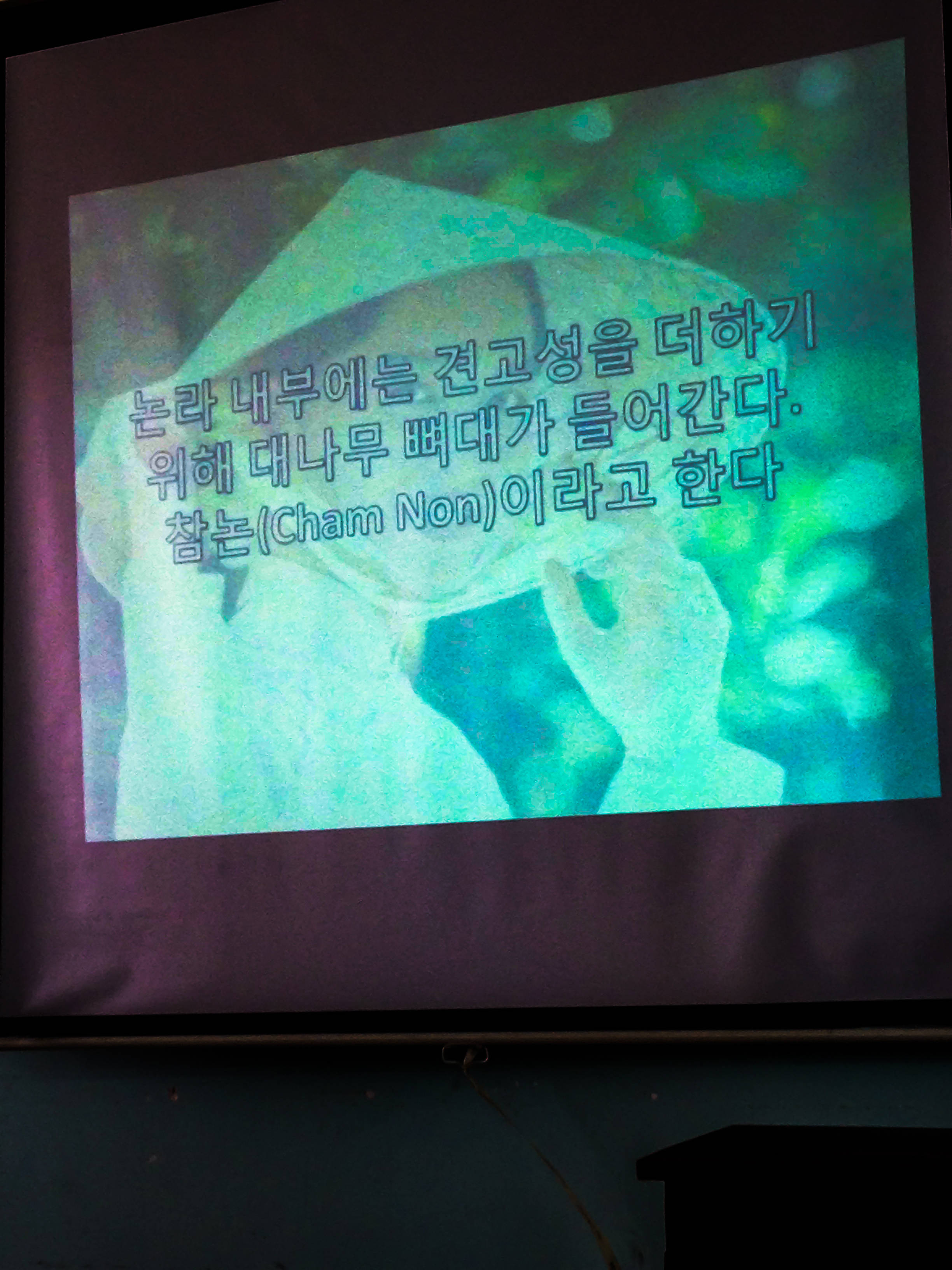 After introducing Non La, Korean friends started to decorate Non La with us. We spent great time drawing the designs and colouring Non La while chatting together. 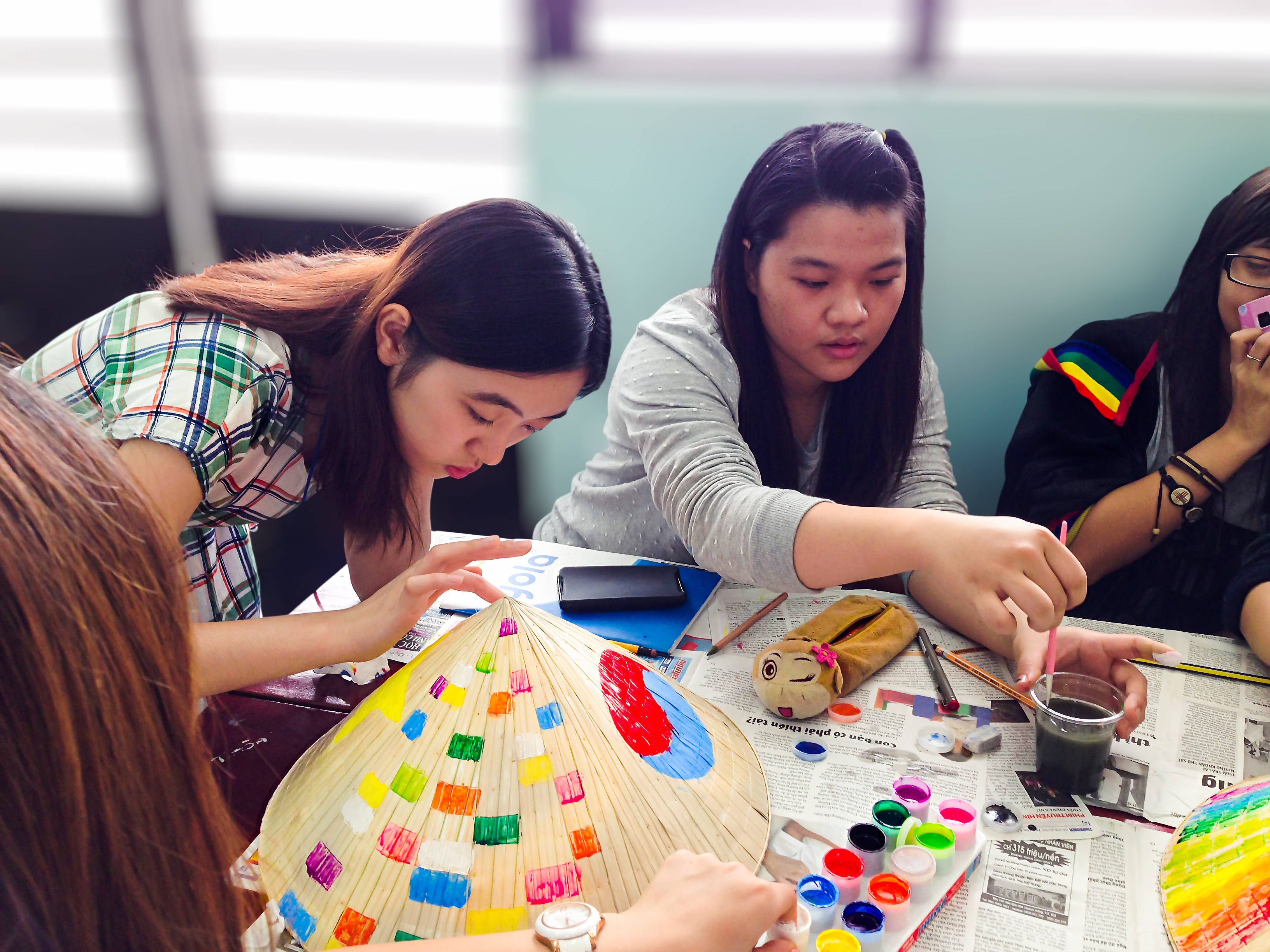 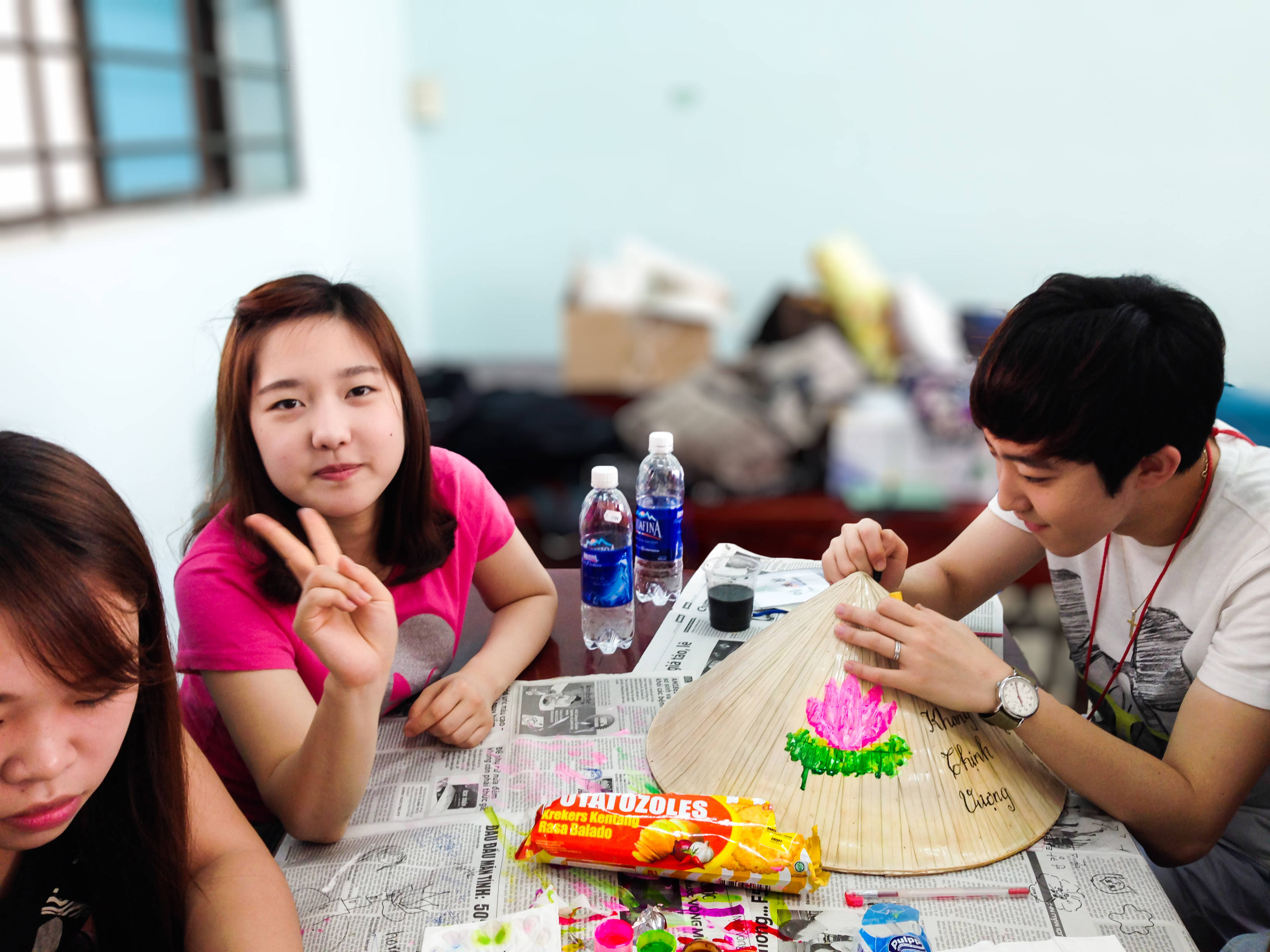 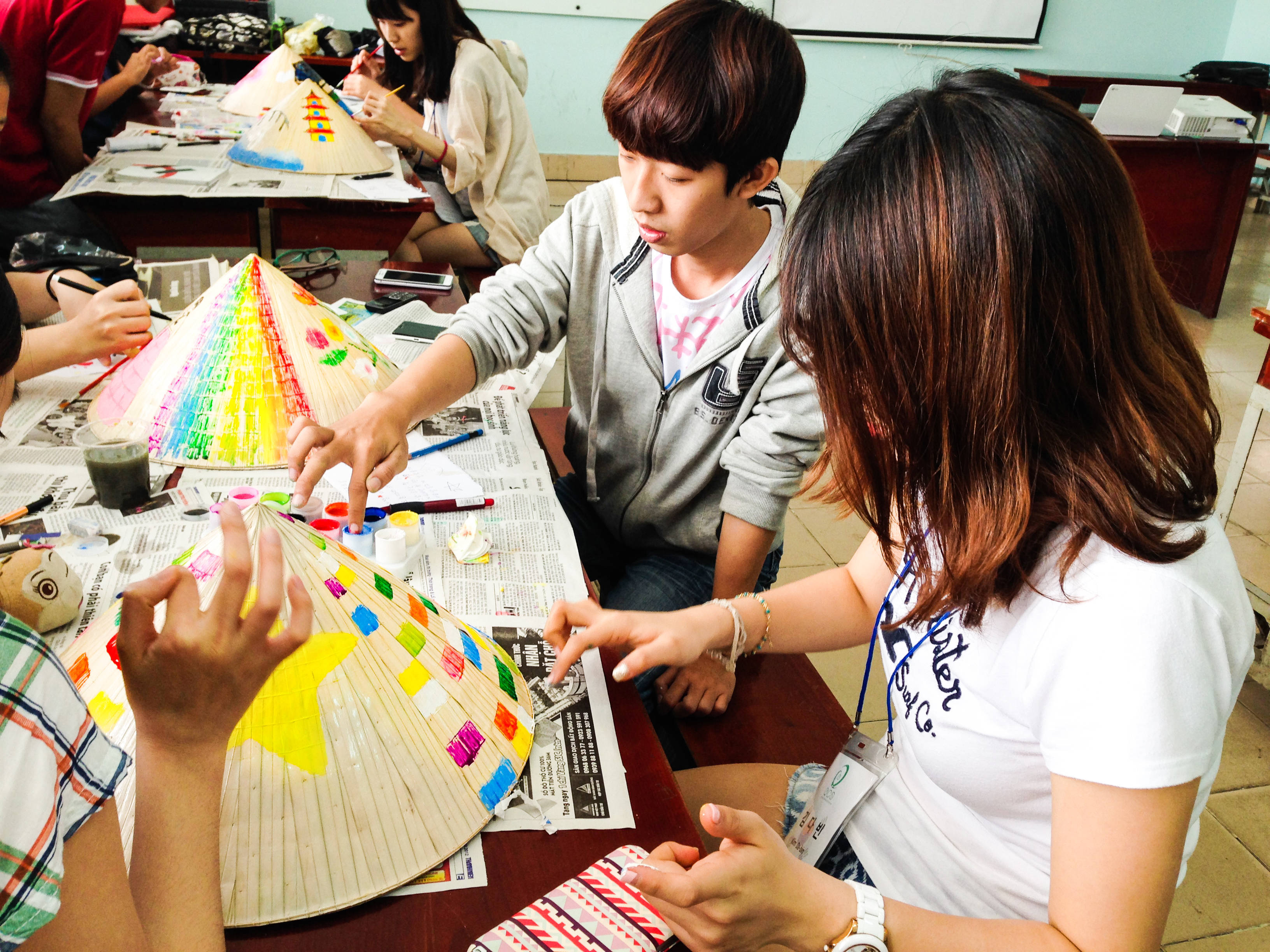 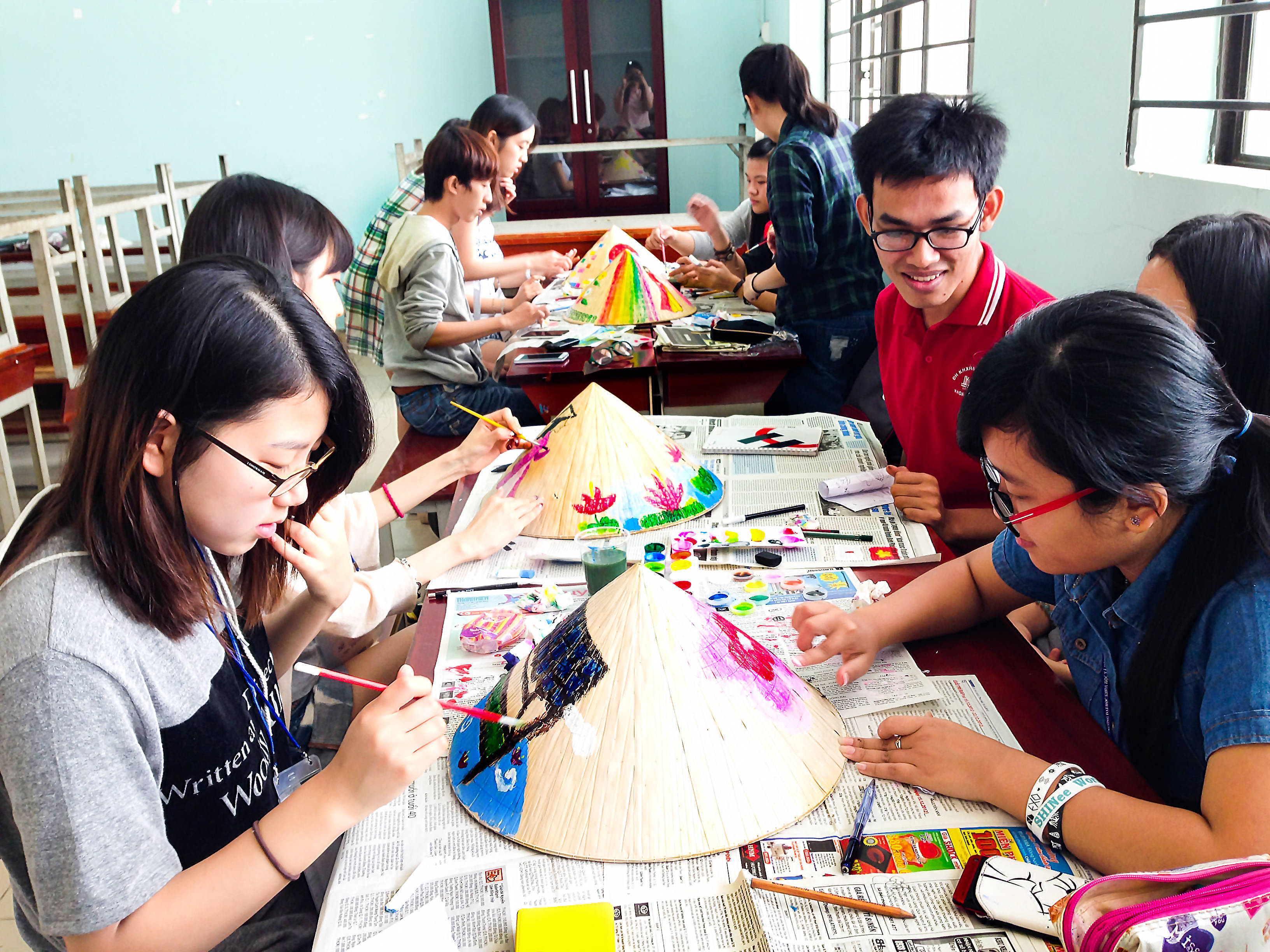 After decorating, the Korean friends wore Non La and explained the designs they used for the hats. Although there was an interpreter, I still tried to listen to Korean friends. 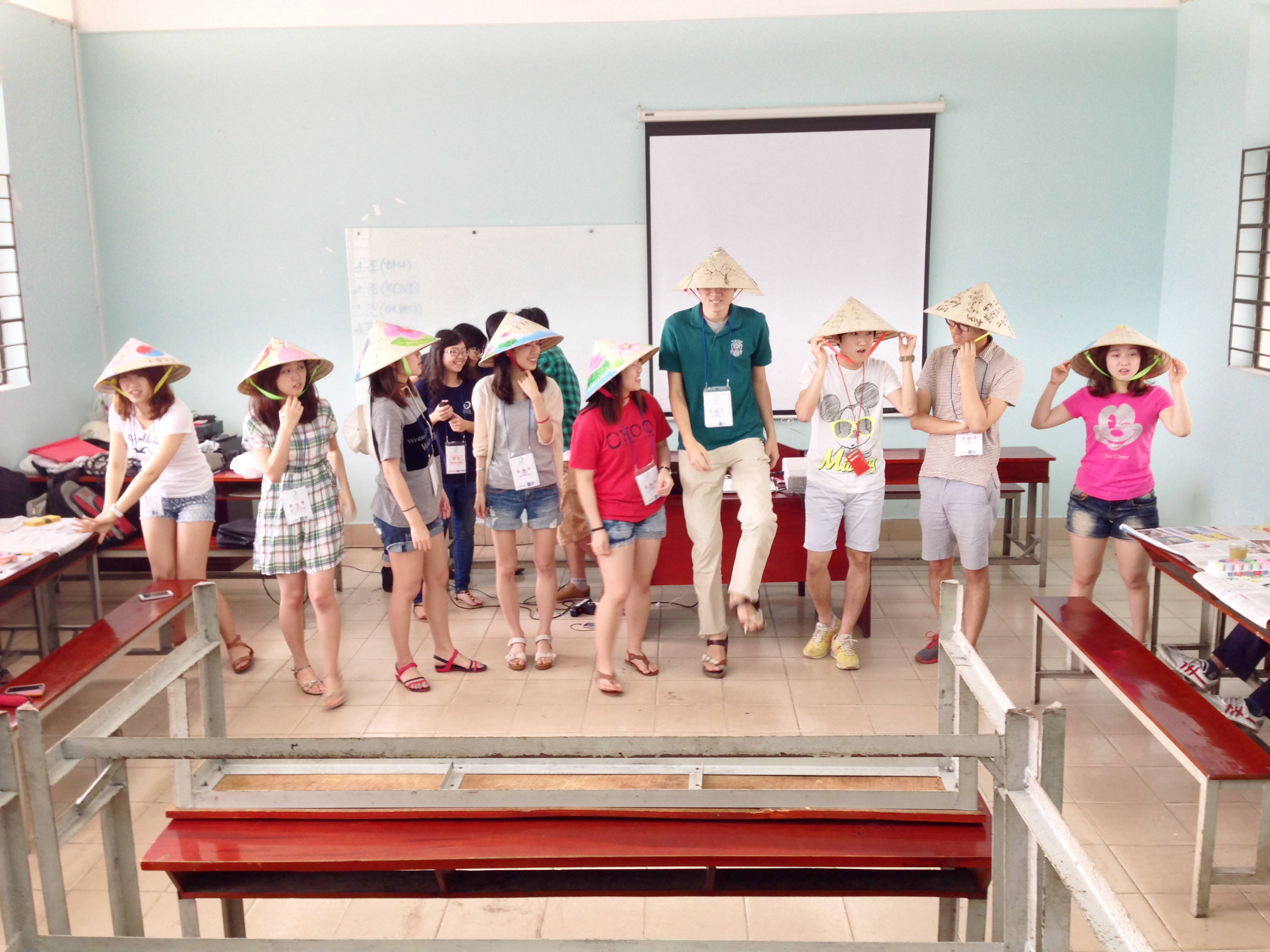 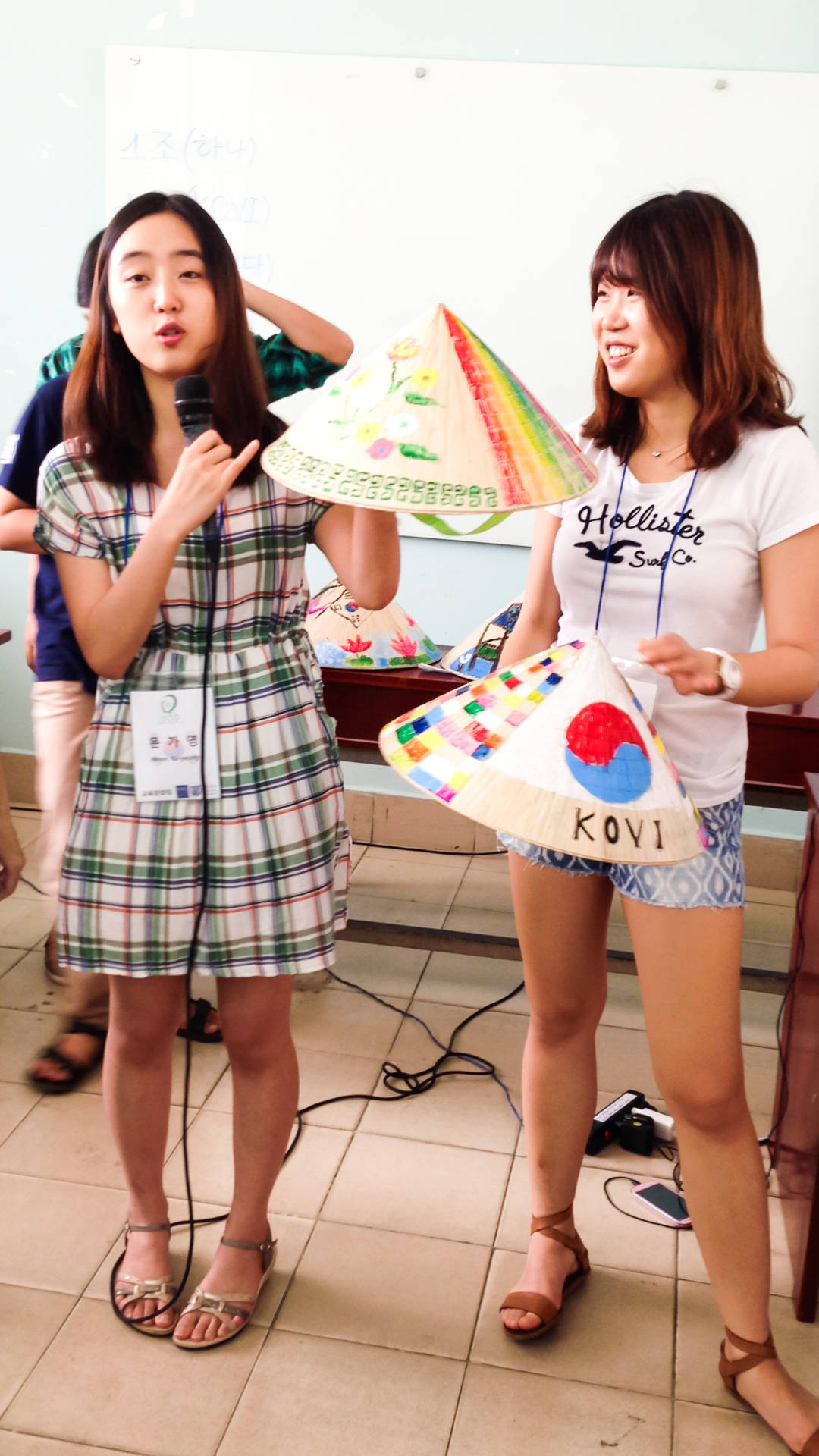 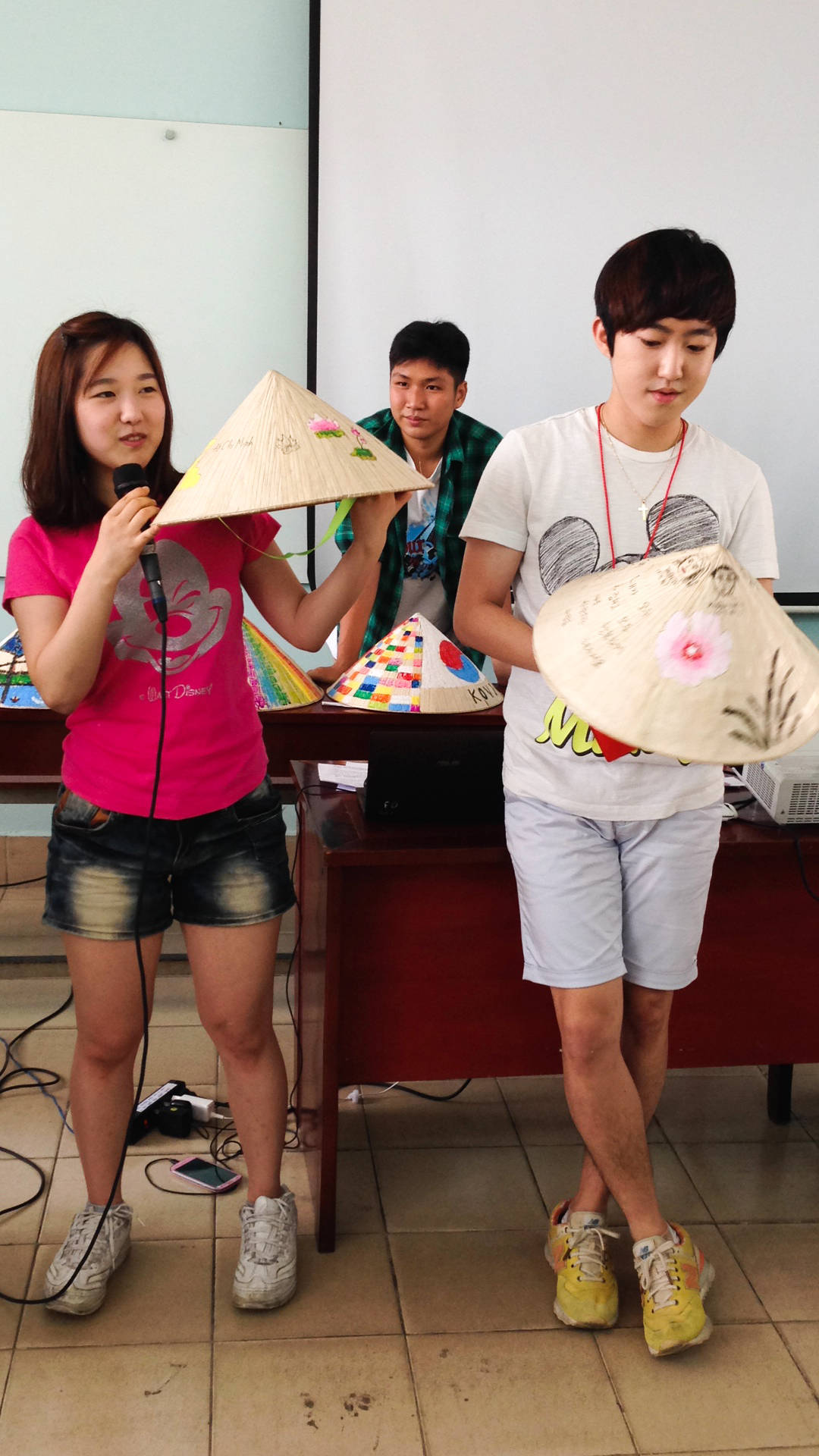 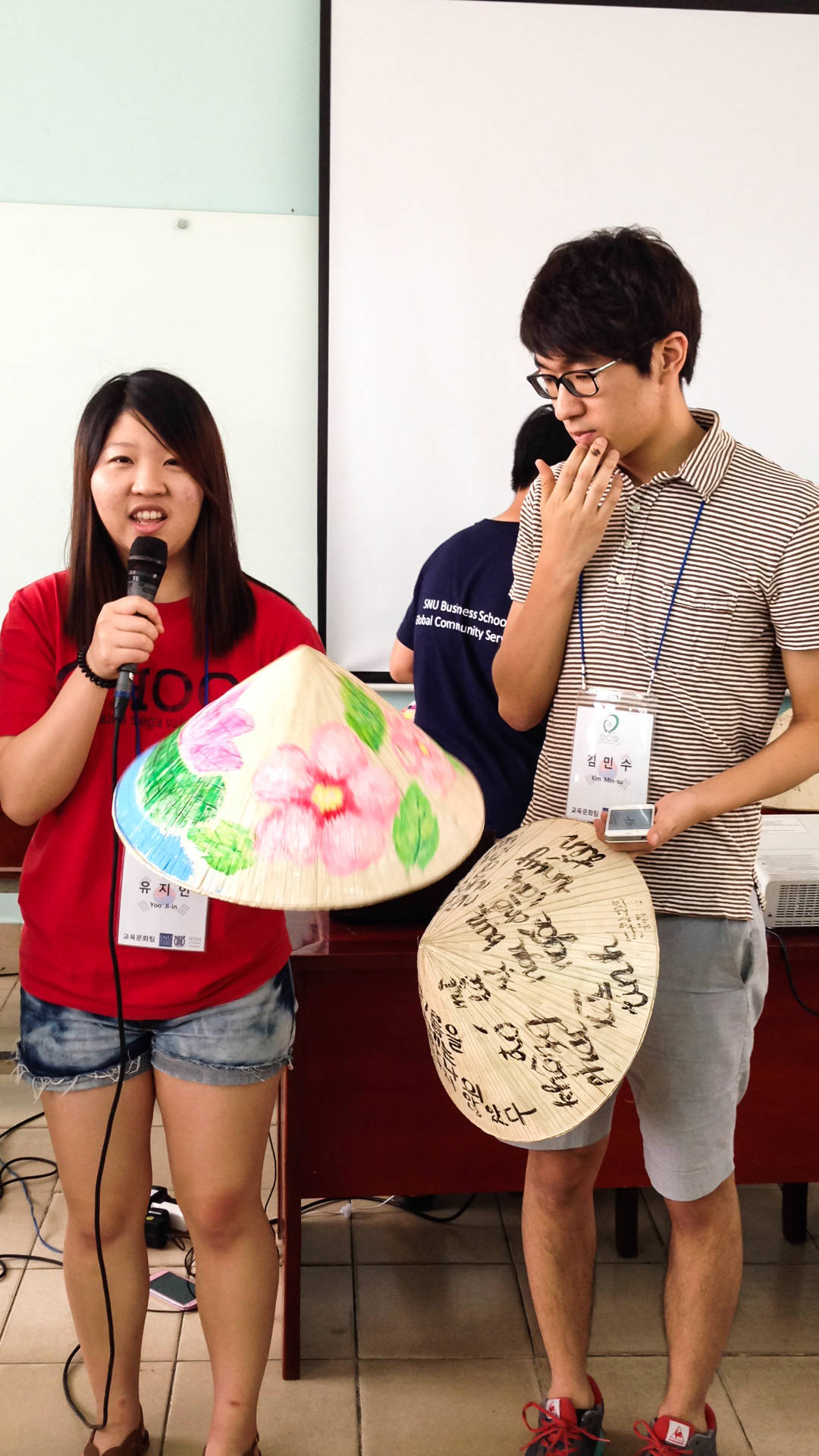 Finally, all of the Non La were on display and people voted for the most beautiful hats. 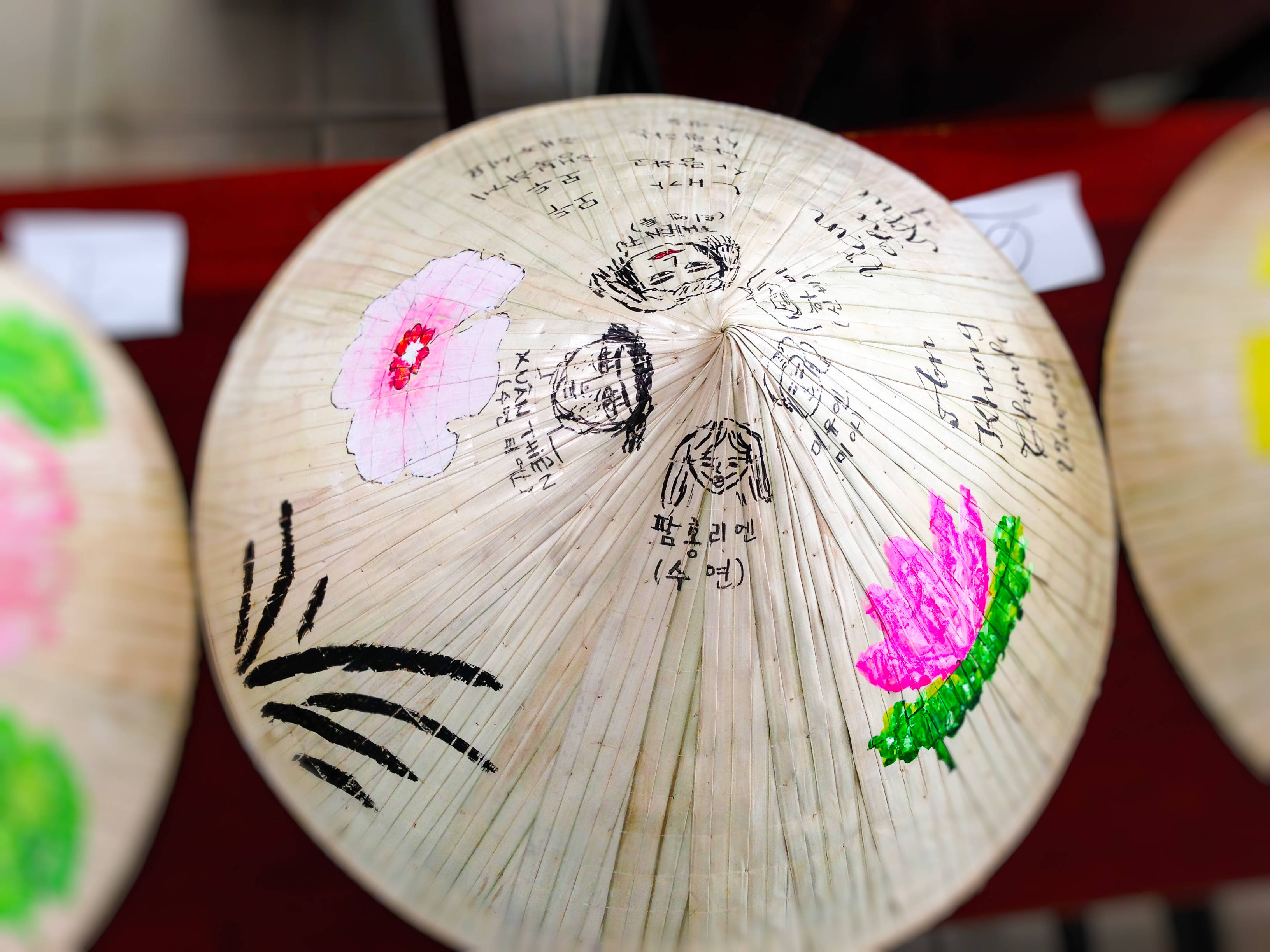 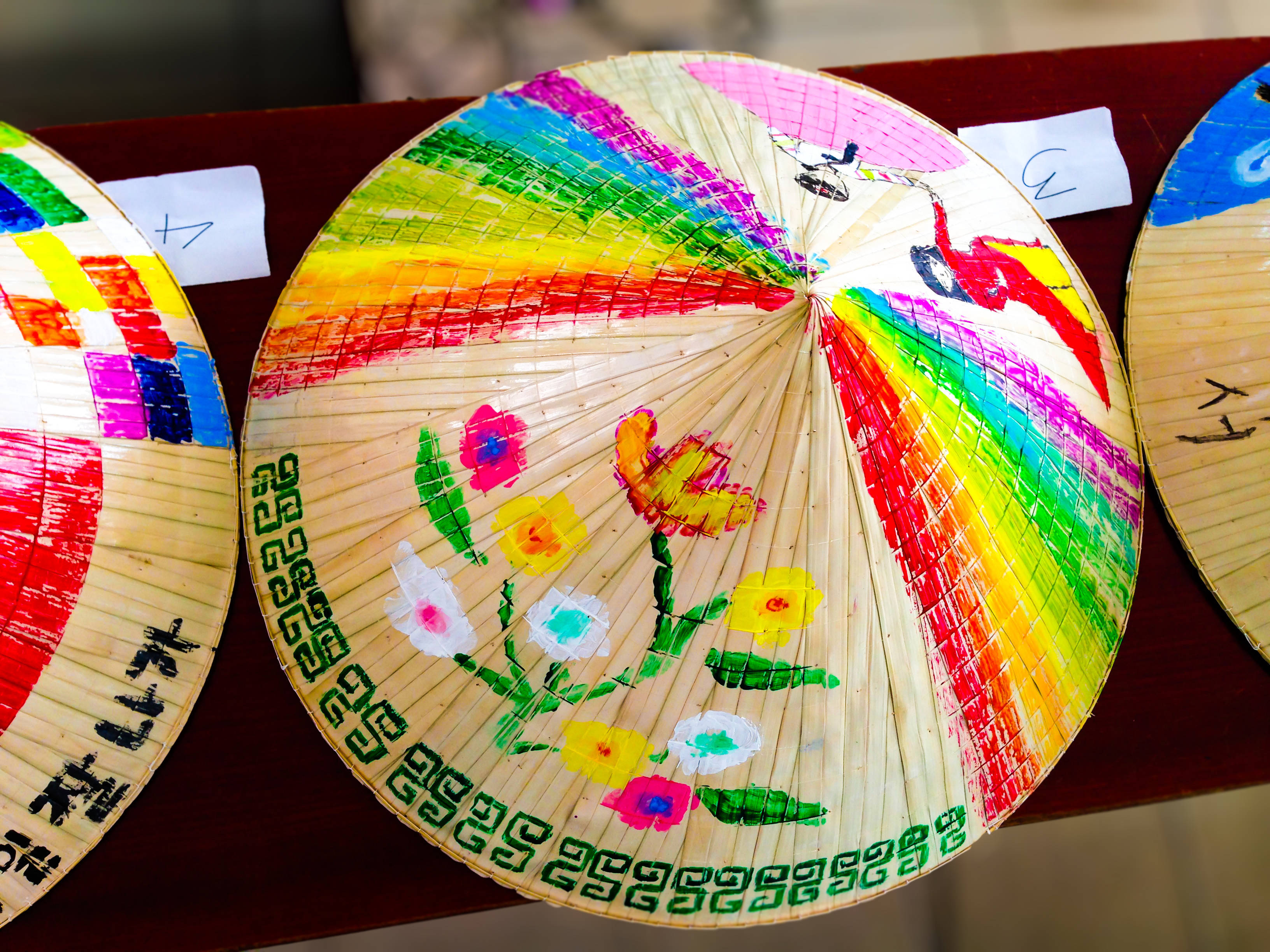 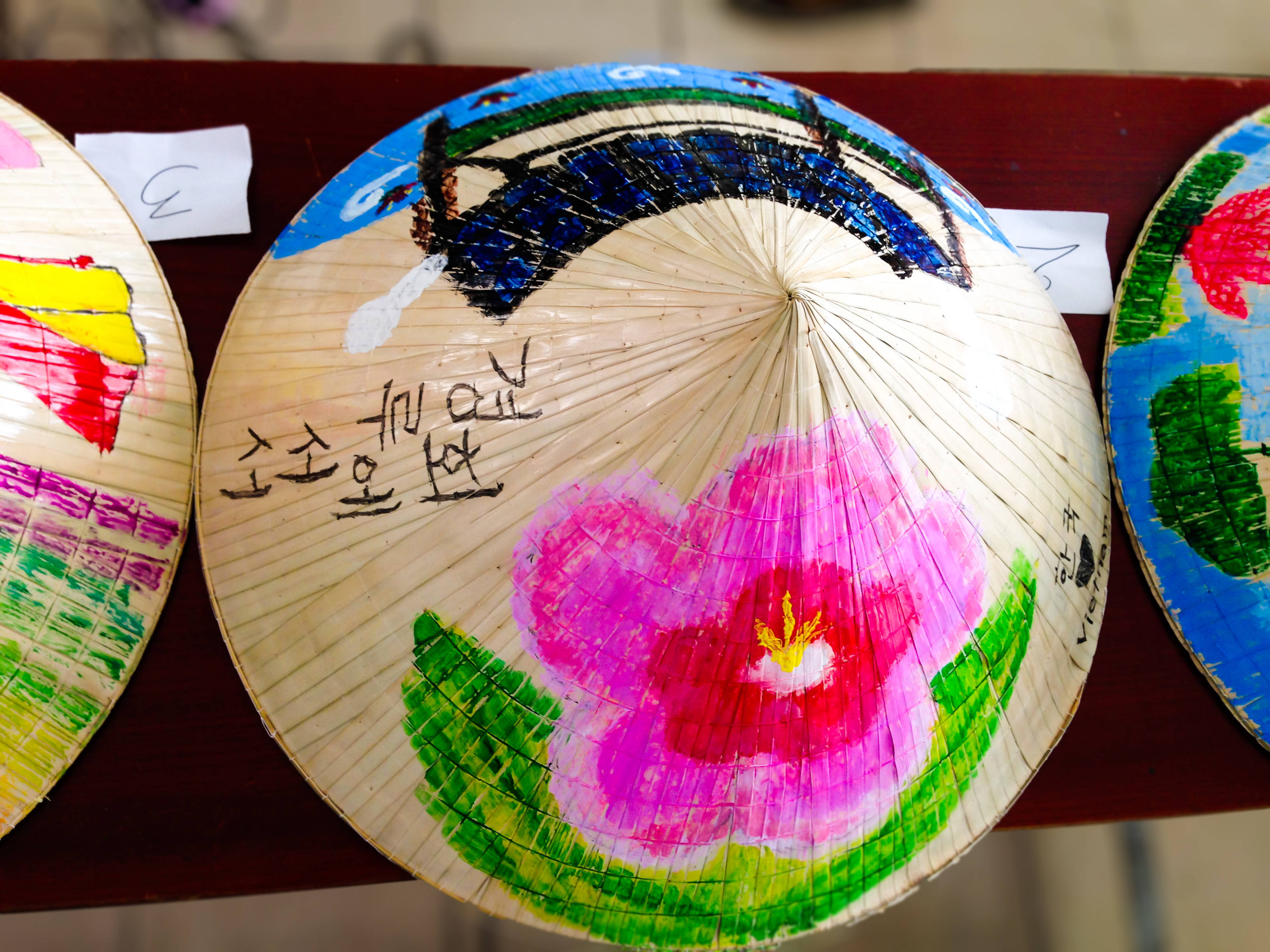 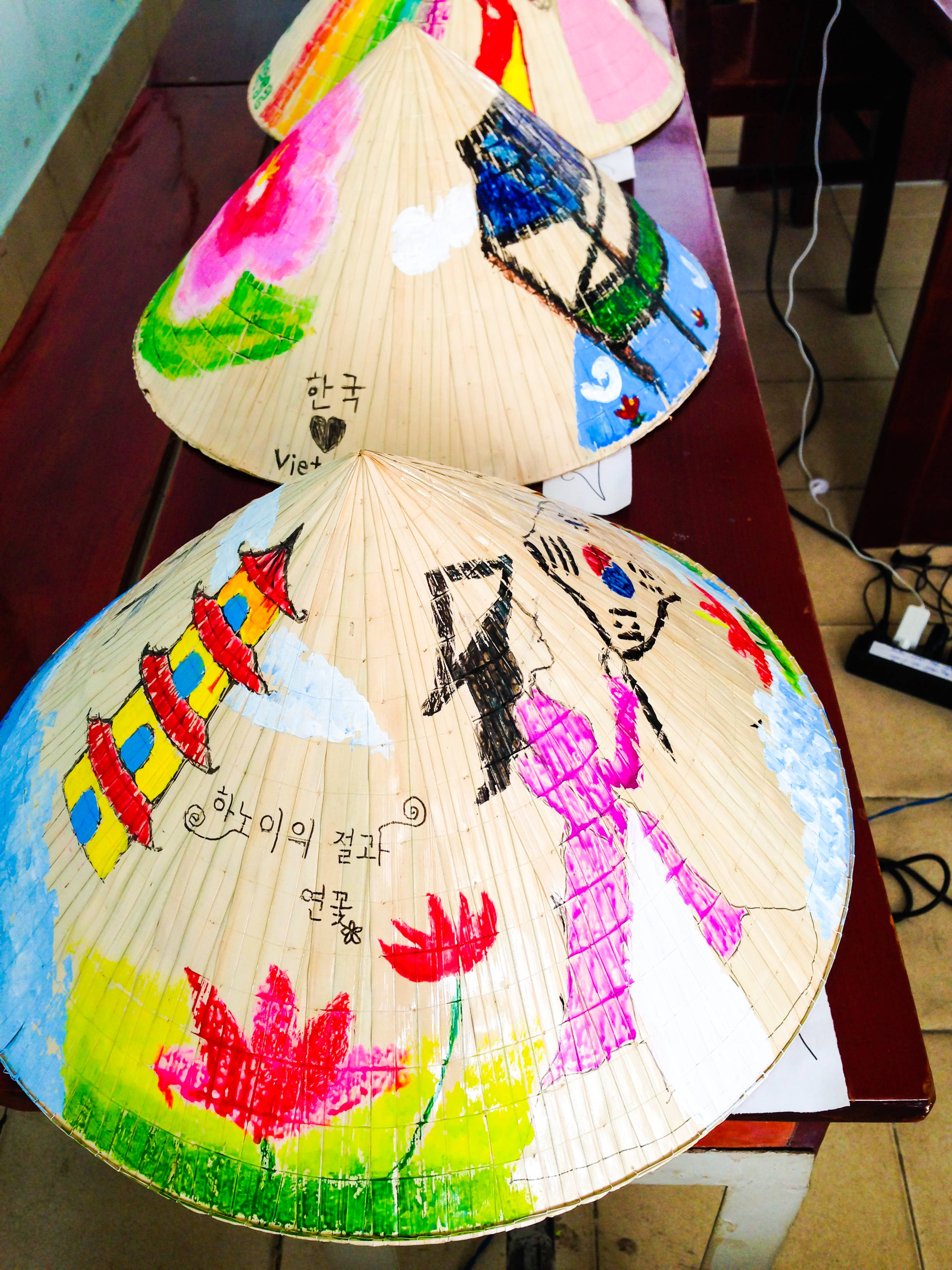 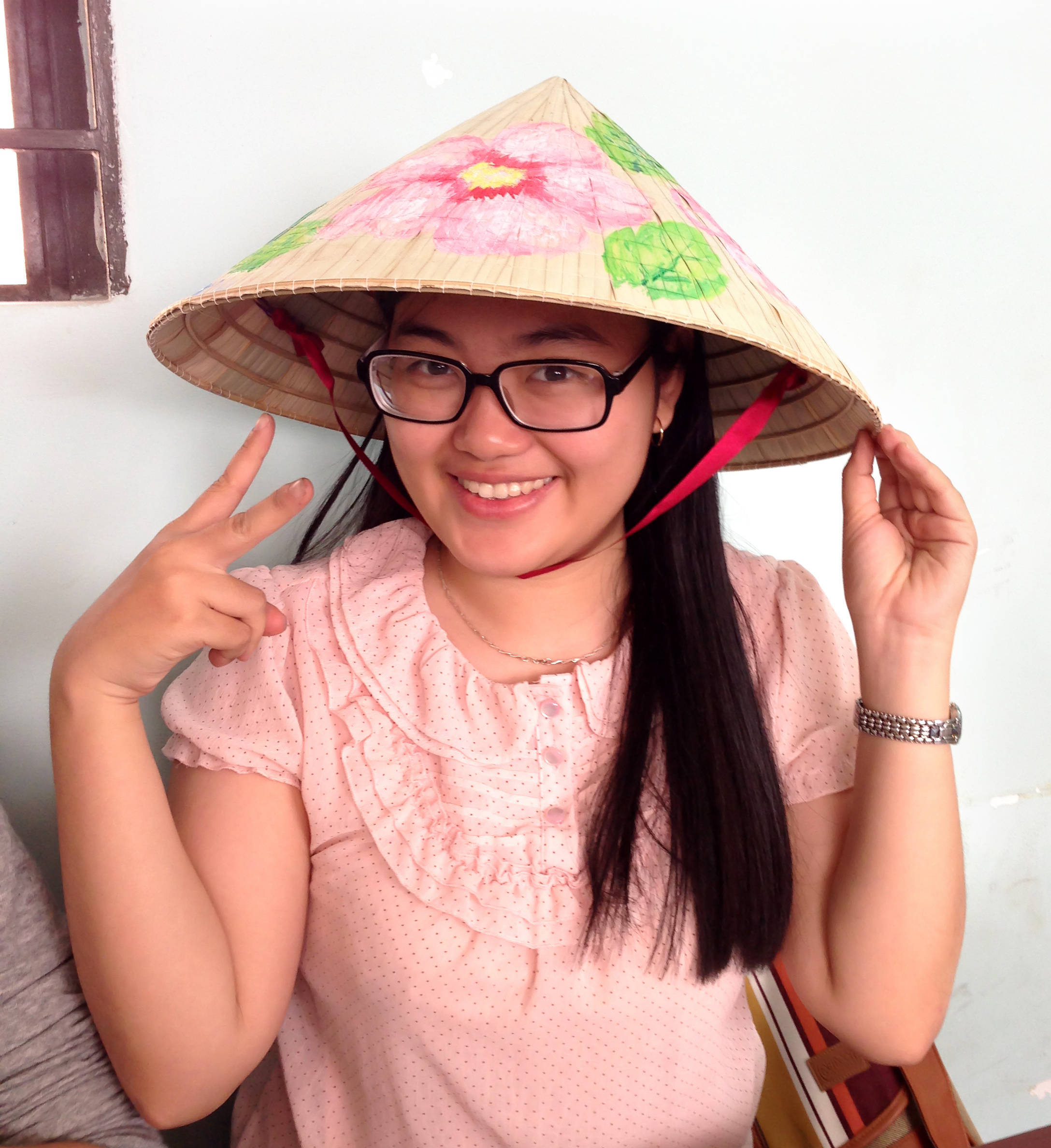 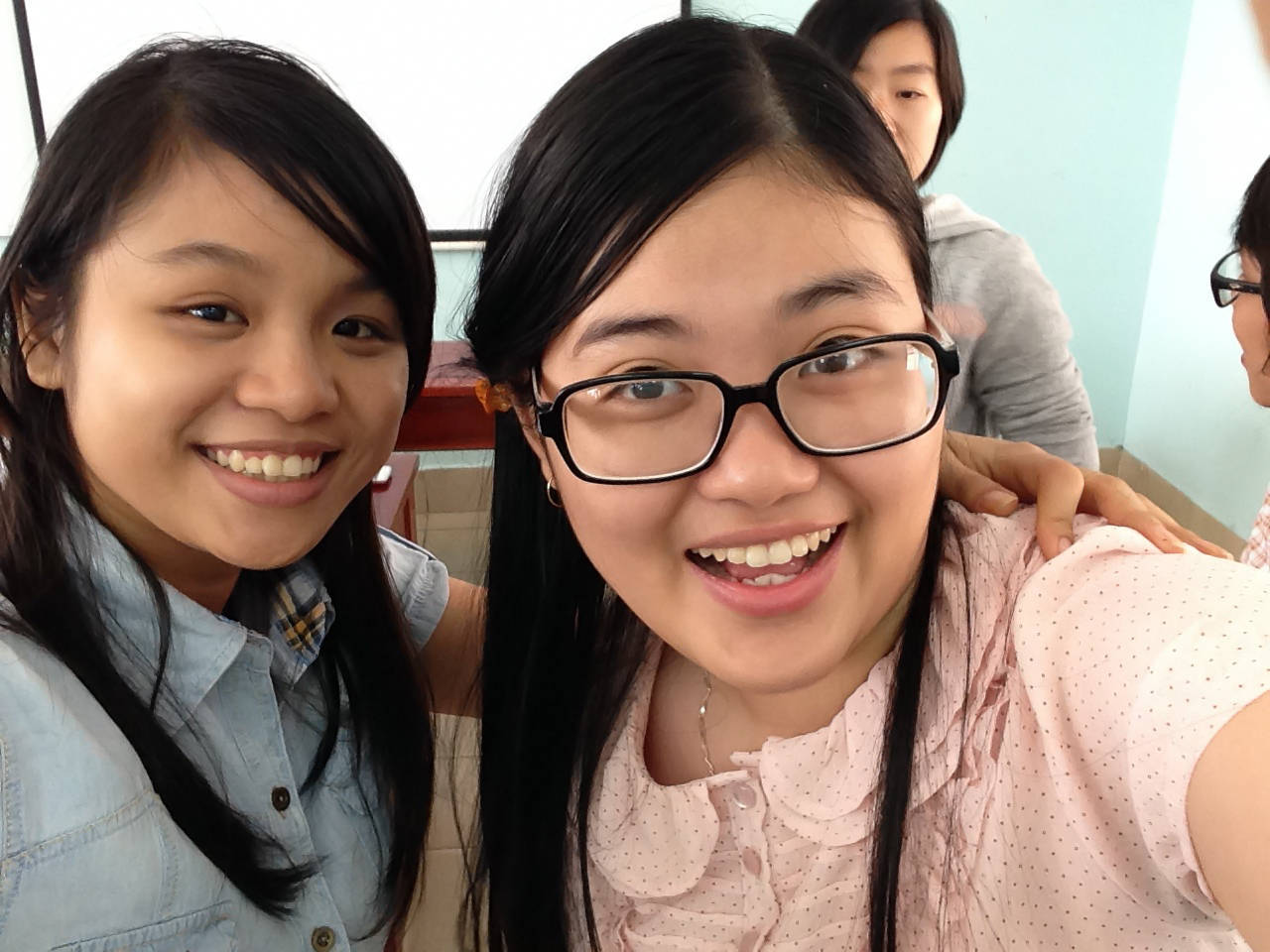 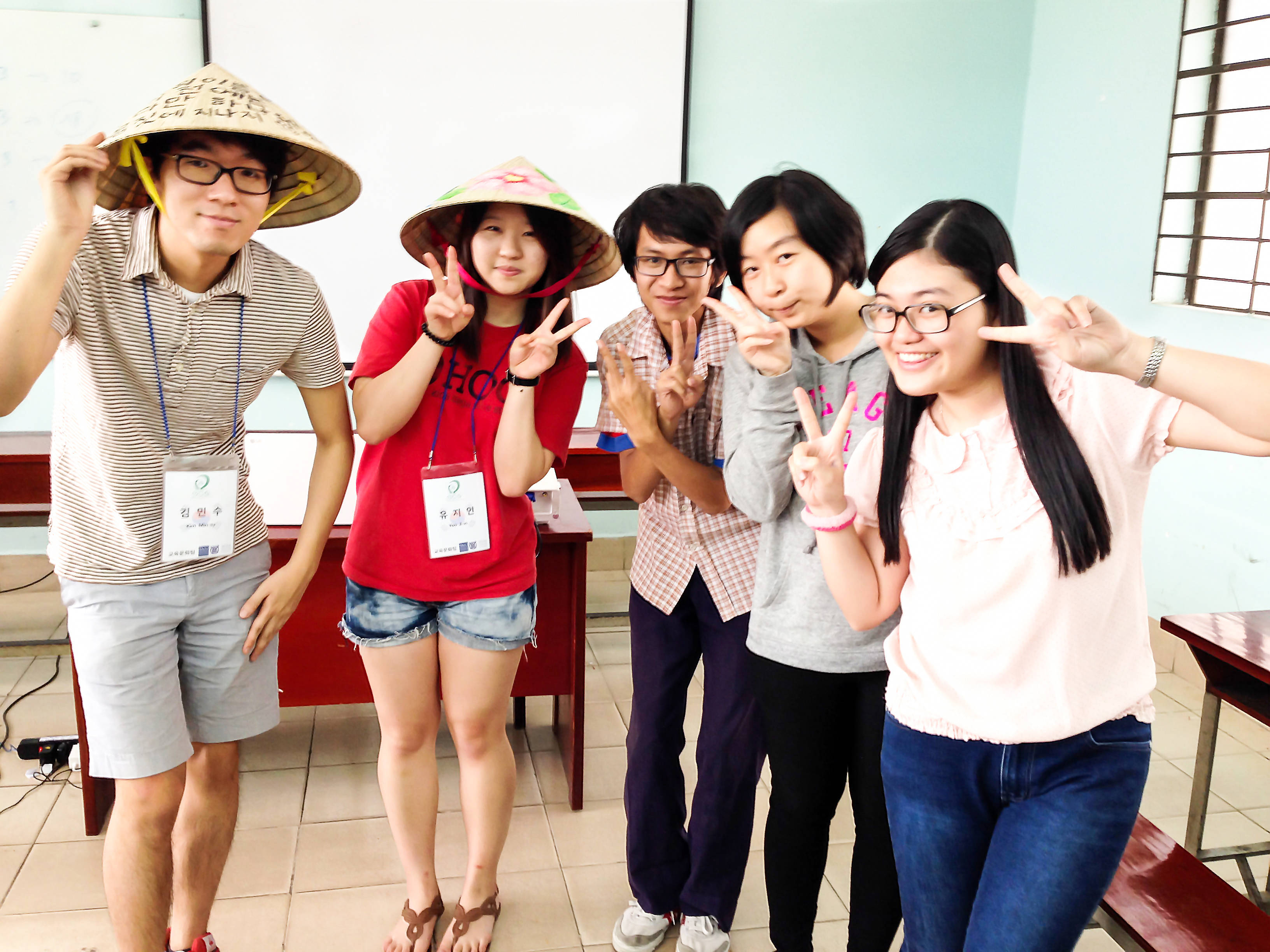