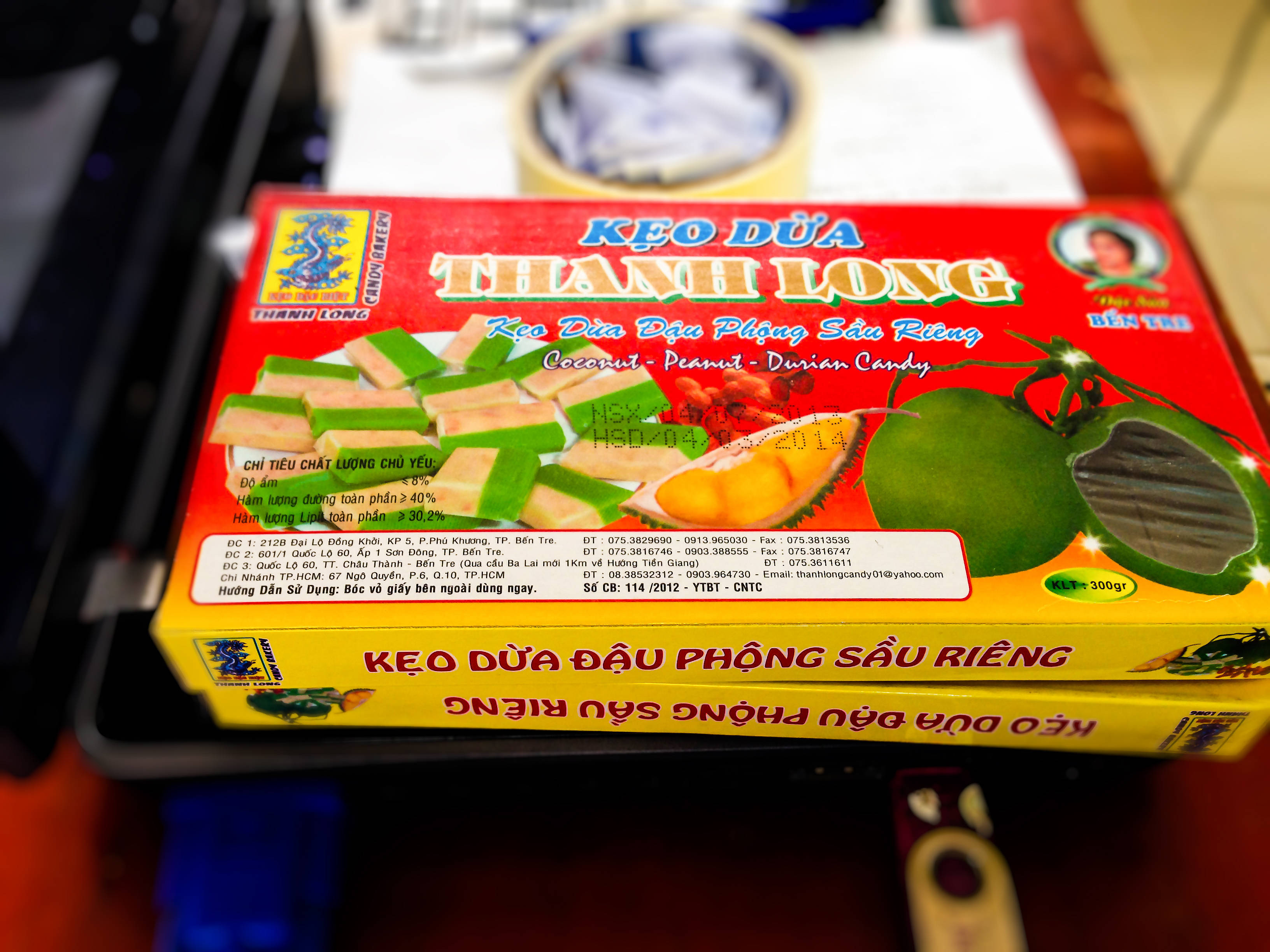 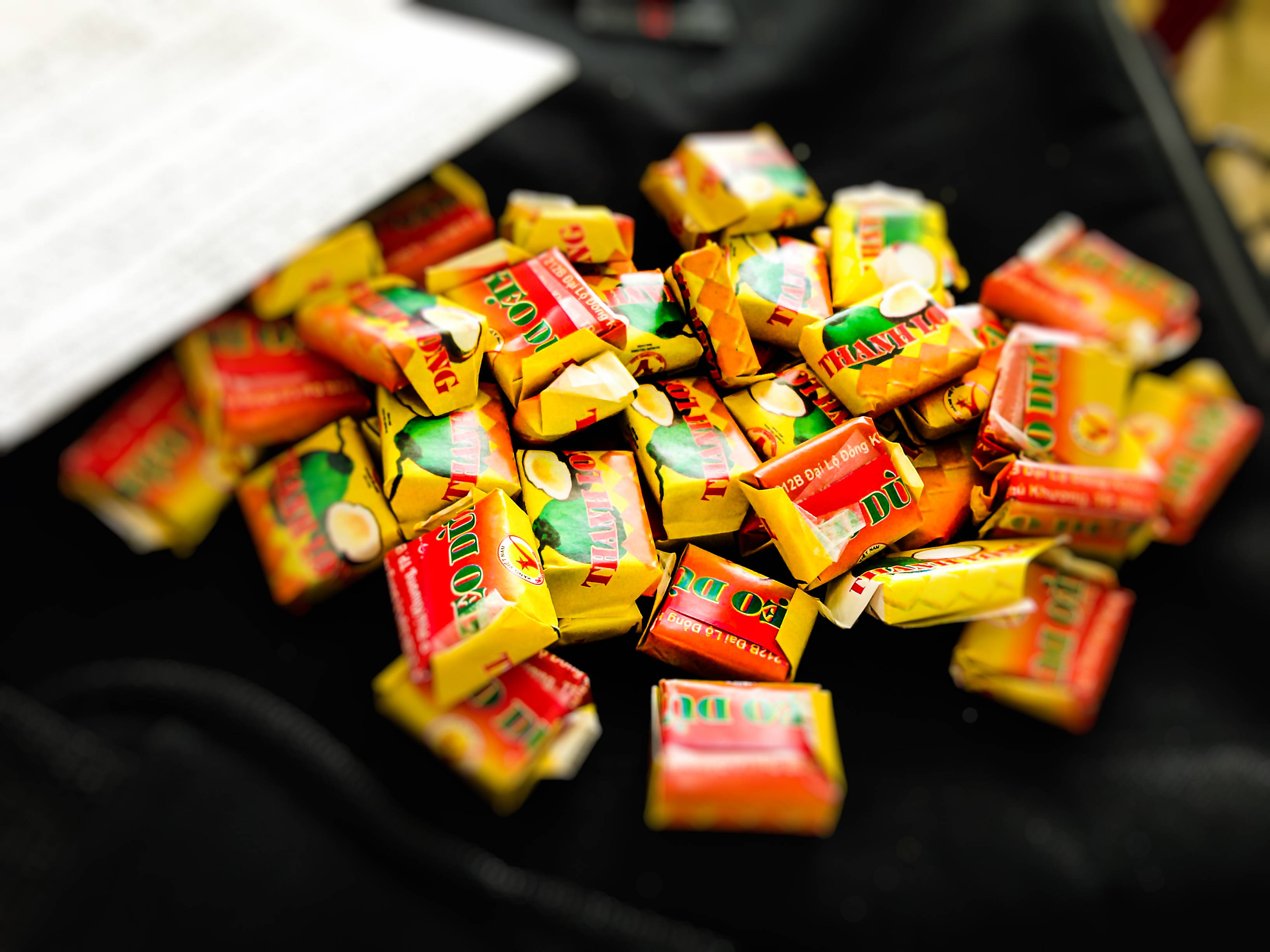 There are many varieties of coconut candies such as coconut candies with peanuts, pandan, durian or pineapple flavours. In this exchange program, we used the peanuts and durian version. Each candy has two parts which are the yellowish part and the green one. The yellowish part of the candy tastes very sweet and crunchy with the peanuts and coconut milk. The green part of the candy brings out a very special scent and sweetness thanks to the durian flavour.

Another special feature of this candy is the stickiness. The candies are so sticky that we have to chew the candies for a while. Therefore, we organized a game called “Coconut candy challenge”. Each team including Korean and Vietnamese students had to eat coconut candies as much as possible in 5 minutes. The team that ate the most number of candies will be the winner. We spent a lot of great time eating the candies. 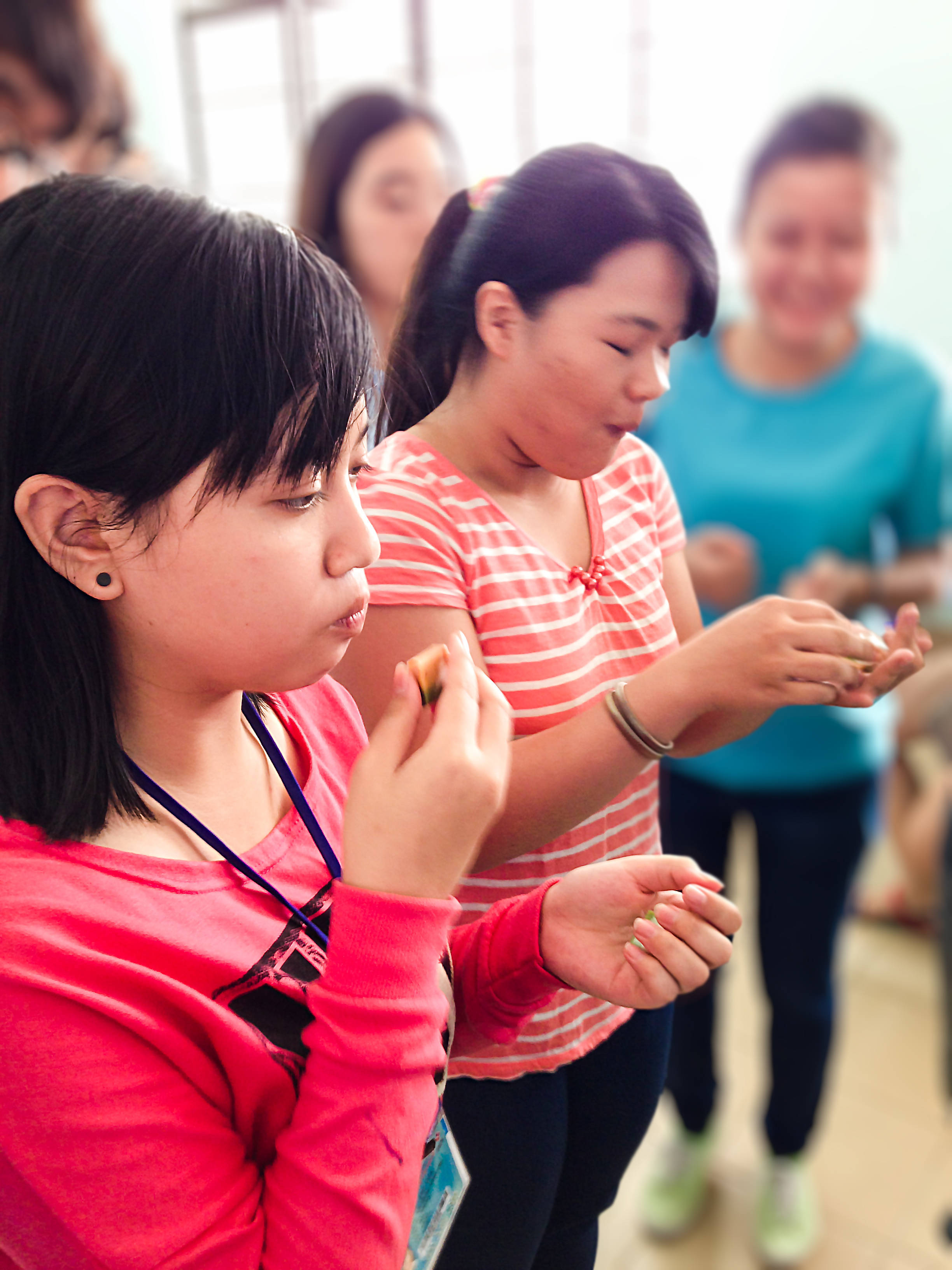 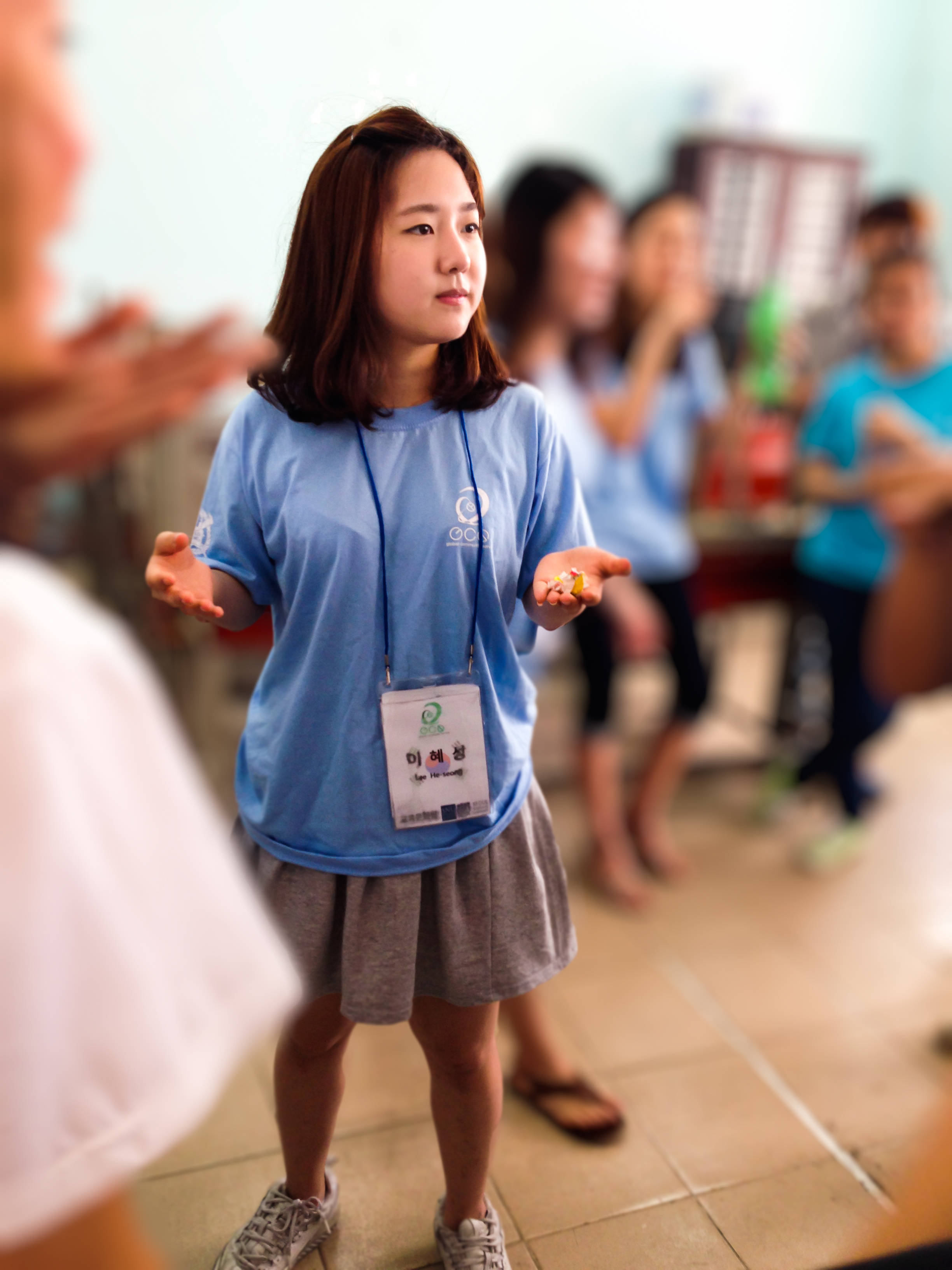 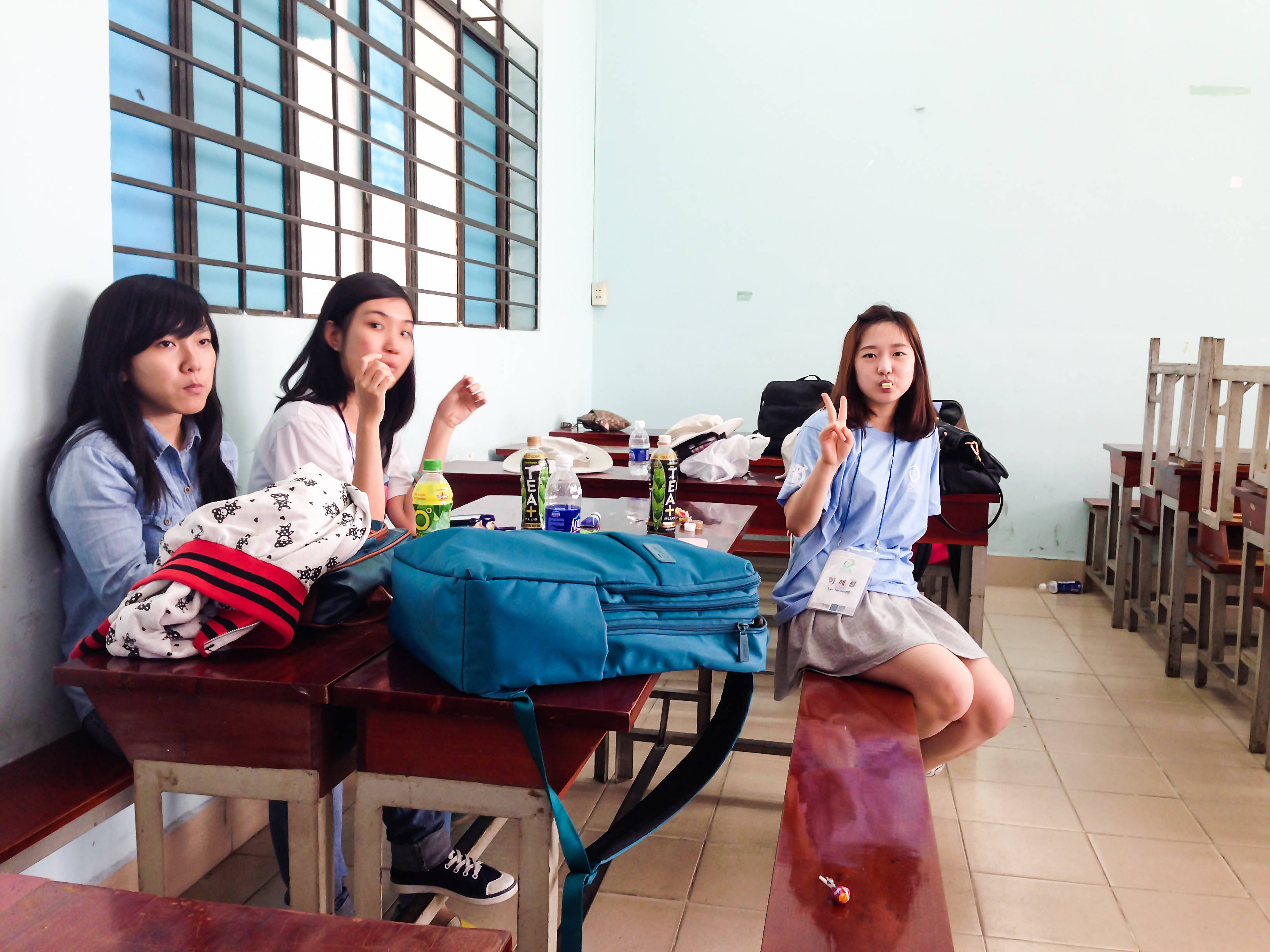 The losing team had to choose two types of drinks randomly and drink the mixture. There were Sprite, Cocacola, orange juice, soy sauce, cacao, water and salt available. That was so challenging!!! 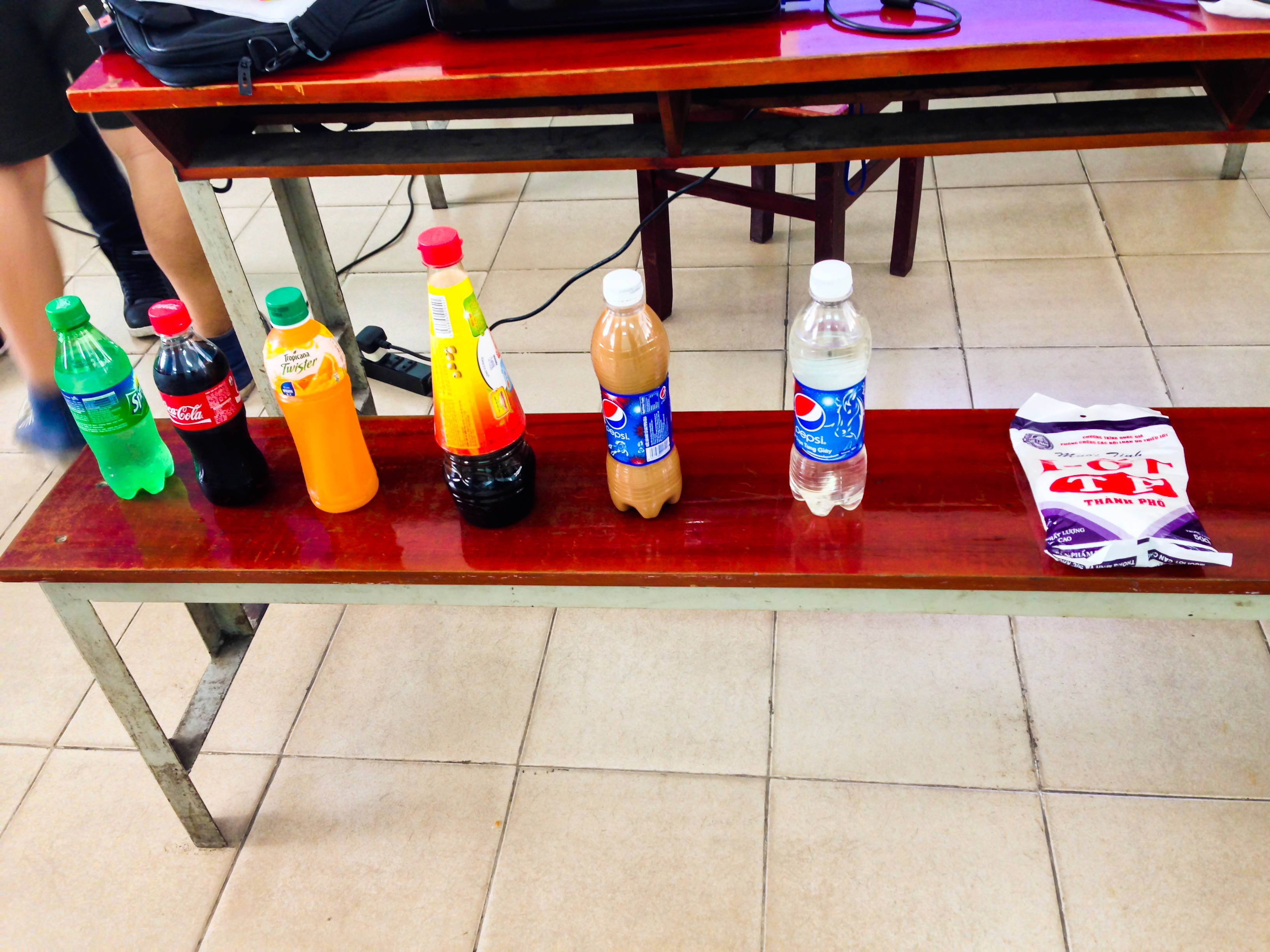 5 thoughts on “Coconut candies, the sweetness of Ben Tre specialty”